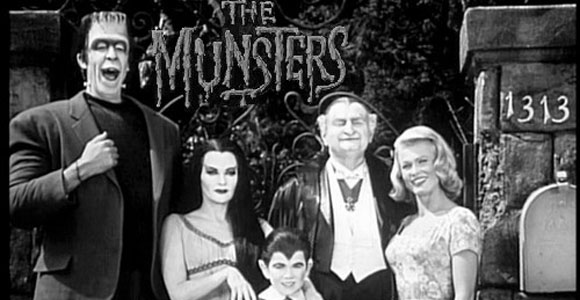 Previously, NBC passed on Pushing Daisies creator Bryan Fuller’s idea to reboot the classic TV series, The Munsters. It was described as “Modern Family meets True Blood.” Well, decided to give it another go a few months ago and now that they’ve read his script they’ve given the official go-ahead to make it.

“Universal Television is producing the project, described as an imaginative reinvention of The Munsters as a visually spectacular one-hour drama,” according to Deadline. “Fuller’s new outline submitted in September was received well, and his new script was delivered to NBC early this month.”

The network is said to be picturing the reboot of the 1960s show starring Fred Gwynne, Yvonne De Carlo, Al Lewis, Butch Patrick and Beverley Owen, as a potential summer or event series.

Like Fuller’s previous series, Pushing Daisies, the project features striking visuals mixed with all the classic Munsters archetypes. Grandpa Sam Dracula is essentially Dracula who assembled Herman because no man was good enough for his daughter Lily, a sexy vamp. Lily’s niece Marilyn the freak is actually normal and Lily and Herman’s only child, Eddie, has his werewolf tendencies surface in puberty, forcing the family to relocate to their famous 1313 Mockingbird Lane address.

Fuller has a busy television schedule at the moment. He’s also working on bringing an adaptation of the Hannibal Lecter story to the small screen. Hannibal is a little further along but still does not have a cast attached, although the project is also for NBC.

What do you think of the black-and-white classic coming back to TV? As much as I’m against reboots I think Fuller is pretty much the perfect man for this particular job having worked on Daisies and Dead Like Me. Who would you cast in those iconic roles?