Pilot for Bryan Fuller’s The Munsters Remake to Air as a Halloween Special, And That’s Probably All She Wrote | The Mary Sue

Pilot for Bryan Fuller’s The Munsters Remake to Air as a Halloween Special, And That’s Probably All She Wrote 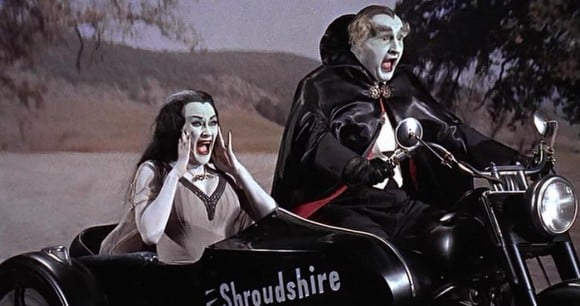 Looks like the Munsters aren’t long for this world. Bryan Fuller‘s remake of the series, called Mockingbird Lane, has been demoted to TV movie status by NBC, which will be airing the pilot as a Halloween special in an effort to recoup at least some of the $10 million it cost to make.

While it’s possible that an outpouring of critical and audience affection after the pilot airs could save the show, it’s not likely. So the pilot, which is set to air on Friday, October 26th, is probably the only time you’ll get to see Eddie Izzard as Grandpa Munster. Shame.

On the not-so-negative side, at least we know ahead of time not to get attached. If, during the pilot, you find yourself having excessive feels about Jerry O’Connell‘s Herman Munster or Portia de Rossi‘s Lily, do yourself a favor and turn the TV off, lest you find yourself a part of the most depressed fandom in history.

We’re not looking at Pushing Daisies-type situation, where you become invested in characters and storylines only to have them cruelly ripped from you with no warning. (What happened with Ned’s father? Tell me, damn you!) Fuller, of course, created Pushing Daisies as well, plus the cancelled-before-their-time Dead Like Me and Wonderfalls. Man can’t catch a break.

Speaking of Pushing Daisies, Ellen Greene (Aunt Vivian) recently raised my hopes about that rumored Broadway musical, saying in an interview with MTV Geek! that “Actually, there’s been talk of a version of it. I’m not supposed to say anything! A possibility… A possibility of stage. I would love for Vivian to exist again.”

Please, theater gods. Please let this happen. My heart was ripped out by Pushing Daisies once. Don’t let it happen again.