Hannibal’s Bryan Fuller Is Done With Your Anti-Ship BS 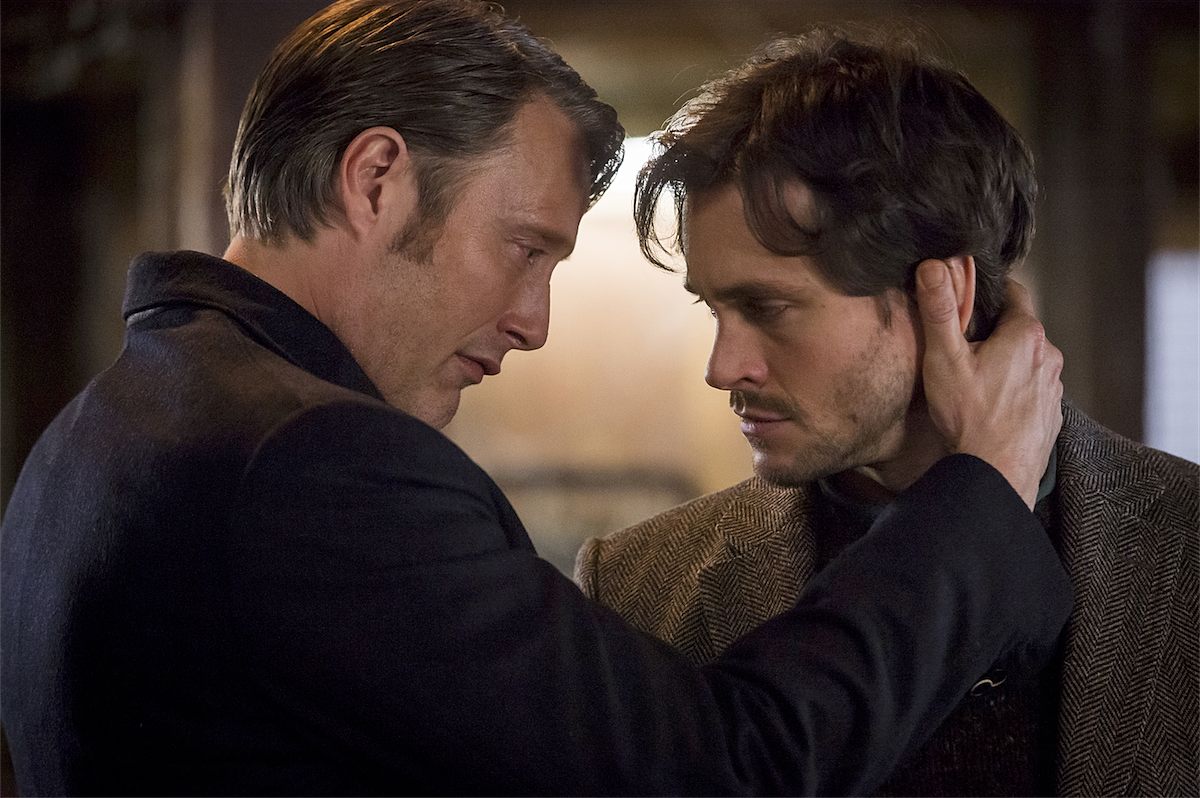 While NBC’s Hannibal has been off the air since 2015, the series’ fandom is still going very strong, spurred on in part by the fandom involvement of showrunner and general chaotic force Bryan Fuller. Fuller has always been in direct communication with the Hannibal fandom at conventions and, specifically, through Twitter. And he’s been supportive of fan art, shipping, and all the other gloriously weird things fans do, but in recent weeks, that’s made some fans … mad?

Strap in for a wild ride.

When Hannibal ended its too-brief three-season run, the main focus of the fandom was on a potential romantic relationship between Will Graham and Hannibal Lecter. This ship, dubbed Hannigram (yes, there is an H missing in Graham, and yes, it annoys me too), was the subject of serious will-they-won’t-they speculation. At the time in 2015, it was still pretty rare for a fandom queer ship to make the jump from fic to canon, but with Hannigram, it happened. The series ended on a seriously queer note, with Will and Hannibal in a bloody embrace, falling together into oblivion.

This was a big deal. The canonization of Hannigram sent ripples across all sorts of fandoms and was an affirming moment for shippers and queer fans alike because it meant that, in this case, they hadn’t been queerbaited. This was a step for representation, and having a showrunner that actively supported a queer ship and who was an out gay man himself? That was AWESOME.

Fast-forward to 2020, and fandom, like everything else, isn’t as fun anymore. As fandom has become more prominent on Twitter and migrated from Tumblr, following the blogging site’s disastrous ban of adult content in 2018, Twitter fandom’s attitude towards some types of ships, and especially fan art, has become weirdly puritanical in some corners. The “everything is problematic” mindset was a problem on Tumblr, for sure, but in recent years, Twitter has become a breeding ground for “antis,” a.k.a. “anti-shippers” who, fueled by the vehemence of stan twitter, seem to be all about sending fandom back into the closet.

Last week, Bryan Fuller fell squarely into the anti-shippers’ sights. Fuller responded to and liked a tweet of some very NSFW Hannigram fan art, where Hannibal is orally pleasuring Will. The firestorm of Twitter praise and condemnation for that simple “!!!!” was immediate. Most of the fandom was excited and amazed at Fuller interacting with the art (which isn’t new for him), but some people started telling him it was gross, etc.

I suppose I’m more sick as fudge than you are.

Things, let’s say, escalated very quickly, with pro-shippers and anti-shippers going at each other over all sorts of nonsense that was obviously a bit hard to follow. Some antis argued that Fuller was wrong to like X-Rated art because minors follow him, and he was thus exposing them to pornography. I don’t think that argument holds any water, though, considering, you know, the internet at large. Just because a person is under 18 doesn’t mean they can’t or won’t seek out adult images. That’s, like, one of the main things teenagers do, if I remember correctly.

Also in the mix were accusations that this, or shipping, or something, somehow equated to supporting incest or pedophilia, because some shippers write incest in other fandoms? And some ships have age differences?

I never thought I would see America teetering on the edge of fascism, but there you go.

They’re not any of those things. You’ve twisted their art/artistic expression into those extremes because you don’t understand art history, Greco Roman mythology, or metaphorical, allegorical, or thematic storytelling. Your narrowmindedness is your own shortcoming, not theirs.

The anti-ship, public shaming mindset is something I honestly hate about Twitter, and the rise of “anti” fandom in recent years has been quite concerning. I’ve written here on the Mary Sue about how what you ship doesn’t say anything about you as a person, and I’ve also talked about how fandom purity culture is a problem. But the way people are going after a showrunner who has done amazing things for fandom and for queer representation is a troubling escalation of these issues.

It’s created a culture of bullying and shame, and now it’s come for a showrunner who won’t take it.

No, actually, it doesn’t translate to that. You translate it to that. And it speaks much more about your character than any of theirs.

I don’t have to explain shit to you. Go on your own journey and stop harassing people.

We have to ask … why can’t people let others ship and be fans in peace? “Don’t like, don’t read” used to be the one commandment of fandom spaces.

The currency of a Very Online life is attention. This is especially true on Twitter and in fandom, which is oftentimes a clique of people competing to be recognized by the identity-affirming gaze of their faves or other fans.

When these fans get attention, they’re being rewarded with those tiny doses of serotonin with every tweet reply or like. It used to be that we could get attention for being outrageous and weird and creepy, but the things that were “other” and outside of mainstream culture aren’t anymore. So, random people on the internet have come out the other side of this cultural revolution and seen that they can get that golden attention by being puritanical and conservative. Being an anti is the best way, now, to get 15 seconds of Twitter fame in fandom.

I LOVE MY #FANNIBALFAMILY. WE FOUND THIS COMMUNITY AROUND THOMAS HARRIS’ INDELIBLE CHARACTERS BECAUSE OF OUR OWN TRAUMAS. IT NEEDS TO REMAIN A SUPPORTIVE SPACE FOR CREATIVE EXPRESSION & INSPIRATION. NO SHAME OR SHAMING. THERE IS NOTHING DISGUSTING ABOUT US. #FANNIBALFAMILYFOREVER

Anti-shippers aren’t really concerned about “minors,” “normalizing and condoning incest and pedophilia” (which, I have to state clearly, no one is doing), or engaging in good faith critique of depictions of abusive relationships in fiction, which there is absolutely room for. They have been shown that they get attention for their behavior, and it doesn’t matter if it’s bad attention. All that matters is that people are seeing them. Remember, most internet trolls are driven not by conviction, but by boredom. They just like stirring shit up.

But in this case, it has a very scary and dangerous result because it’s only been in recent years that queer relationships on television and shipping have been truly recognized and legitimized. And the idea that queer ships are gateways to pedophilia or incest is the same argument that conservatives and evangelicals have made against LGBTQI people to deny our right to exist for a long freaking time.

And let us take a moment to step back here and recognize that many of the people attacking Bryan Fuller for being pro-shipping seem to have no problem with the fact he made a show that arguably glorified a man THAT KILLS PEOPLE AND EATS THEM.

I’m glad that Bryan Fuller is getting more support than hate, and I’m glad that he’s confident and defiant enough to snap back at the antis. And it’s important he does because he’s really not who I’m worried about here. I’m more worried about the queer people, and especially the queer kids who are being told by attention-seeking jerks that there is something inherently wrong or gross about them and their sexuality. They need heroes like Bryan Fuller, not more bullies.