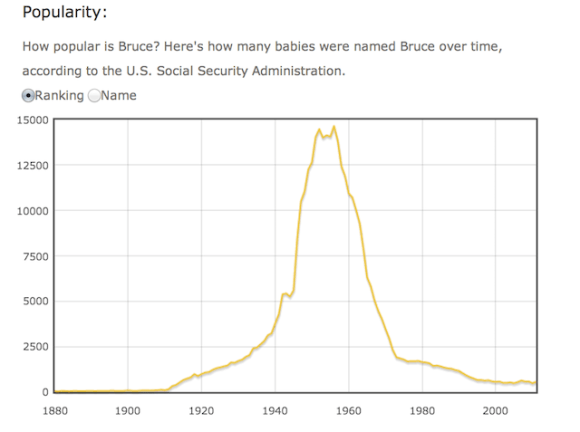 A redditor discovered something very interesting. A graph pulled from Disney’s Baby Zone, showing the popularity of children being named Bruce through the years, created a unique visual effect – Batman. Kismet if you ask me, or perhaps, the basis for the next Batman arc by Scott Snyder…