One of my least-favorite elements of Avengers: Endgame was its approach to Thor. The movie depicts Chris Hemsworth’s God of Thunder as having spiraled into a depression, traumatized by the loss of almost everyone he was close to. But what could have been a valuable moment to show the human vulnerability of superheroes instead was used as a fat suit joke that Endgame beat like a dead horse.

I’ve written extensively on my issues with Thor’s depiction in Endgame. To be clear, I have zero problems with a beaten-down, depressed Thor—this felt accurate and poignant considering what the character went through since Ragnarok. He lost both parents, his best friends Heimdall and the Warriors Three, his homeworld Asgard, his brother Loki, and many of his people. A retreat into a depressive state makes sense. It’s the way he’s framed for comedic relief that felt mind-boggling to me.

The jokes about Thor’s size and state, which could have been excused as a crass one-off if there were only one of them, just kept coming. Character after character comments on Thor’s attitude and physique throughout the film; the worst of it is an emotional reunion in the past with his late mother Frigga that ends with Frigga suggesting her son “eat a salad.” At the viewings of Endgame that I sat through, audiences laughed on cue with every dig.

Director Taika Waititi, who gave us my favorite Thor movie, Ragnarok, is thankfully returning for the fourth installment, Love and Thunder. Waititi is known for offbeat, zany humor, but he seems to have recognized that the Endgame Thor “joke,” if it were ever even viable, is played out. As CBR reports:

During a recent Instagram Live watch of Thor: Ragnarok, Waititi said the Marvel Cinematic Universe is done with “Fat Thor” and Hemsworth probably won’t put on a padded suit for Love and Thunder. “We haven’t figured that out, but I feel like that’s done,” Waititi said. The character was officially dubbed “Bro Thor,” but some fans refer to him “Fat Thor.”

While it’s possible this incarnation of Thor could still appear in Waititi’s movie, it seems to not be any kind of priority or basis from which he’s writing the script or envisioning the plot. This is encouraging

I really, really hope that we don’t get a “training montage” with Bro Thor to get him back into prior form. One of the only bright spots of the representation in Endgame is that when Thor regains his battle mojo toward the end and summons his armored look to take on Thanos, his body remains the same—he doesn’t get an instant lightning-carved six-pack. We get to see a more confident Thor in those scenes, and the movie doesn’t make him undergo a physical transformation to do so (other than some artful magical braiding of his long beard and hair). The audience doesn’t need to watch Thor being made to labor through a fitness montage, even if it’s cast in a “comedic” light, in the next film. 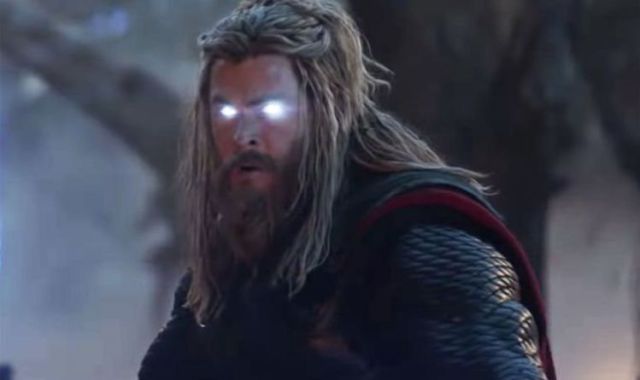 As for other Thorian elements that may or may not be in Love and Thunder: Waititi remains tight-lipped about whether Loki will appear, though considering Tom Hiddleston’s standalone MCU series and the character’s popularity, it’s hard to imagine a Thor movie without Loki popping up. In typical Waititi tongue-in-cheek fashion, he dodged the question of Loki but “definitively says that Silver Surfer won’t be in it,” per Screen Rant.

There have also been unconfirmed rumors as of late that Thor’s friend from work, the Hulk, could be in the film. Mark Ruffalo showed up during Waititi’s Ragnarok watch party (along with Tessa Thompson, whose Valkyrie is confirmed for Love and Thunder). Considering that everyone in Ragnarok seemed to have a great time working together and Ruffalo still has at least one movie remaining on his Marvel contract, we might get to see the Revengers back in action.

As a Thor fan, I’m thrilled that the character will be returning for another installment all his own. I would be happy to see our God of Thunder in any form, provided that it wasn’t used as fodder for jokes. Chris Hemsworth is a gifted comedic actor, and Waititi proved with Ragnarok that Thor can be funny, and made fun of, without the attacks being of such a biting personal nature.

I want to laugh because the boastful Thor throws a ball against a window expecting it to break only to have it rebound on him, not because he’s in an altered physical and emotional state after crushing losses. As for fans who felt represented by the character’s look, this is a critical point that demonstrates how much we need body positivity and a wider array of physiques on display from our superheroes, both male and female. But as much as I’d like to see a diversity of builds onscreen saving the world, I never want to see them commented on as Thor is in Endgame ever again.