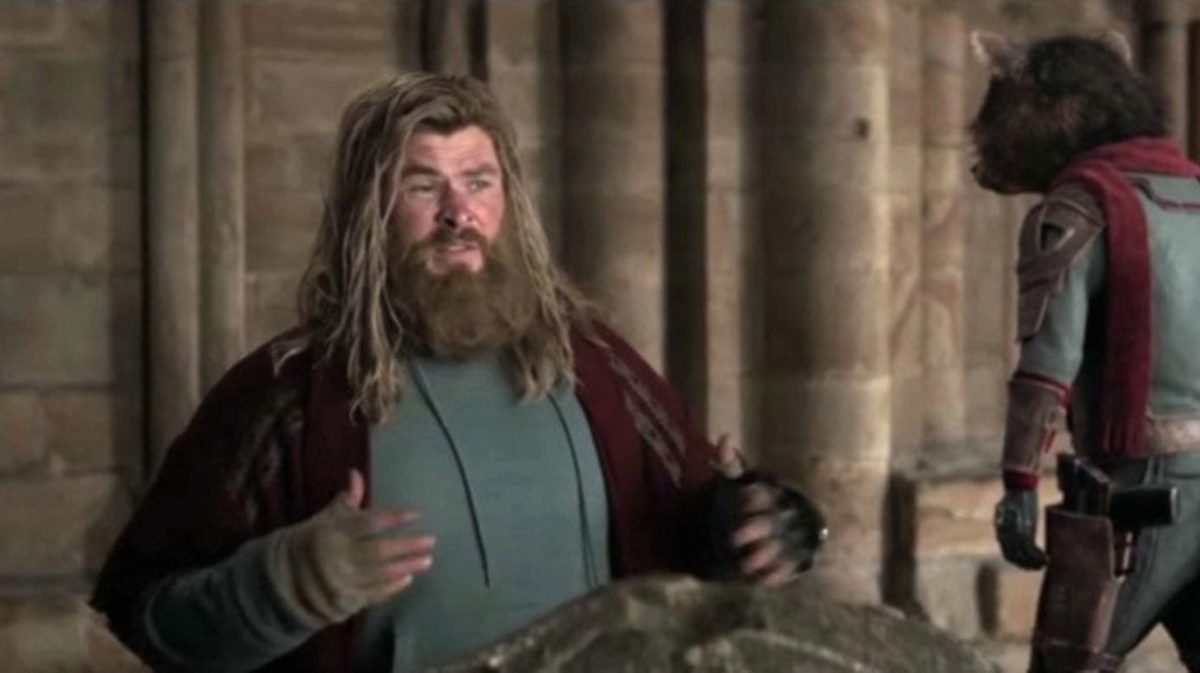 As the five-year pause flashed across the screen in Marvel’s Avengers Endgame, my husband and I sat anxiously in the theater, waiting to see what had happened to our favorite heroes after they failed to undo Thanos’s damage. As Hulk and Rocket found Thor in a tiny remote village, eating his way through levels of video games, with his famous godly physique shot, my husband leaned over to me and said, “Aren’t you excited to get to see shirtless Thor again?” Laughing at the gag, my eyes rolled, and we returned to sitting, transfixed, for the rest of the movie.

Since the beginning of the Marvel Cinematic Universe, I’ve loved Thor the most, but not just because Hemsworth is known for being the most gratuitously shirtless of the Avengers, even though—clearly, as my husband teasingly pointed out—it hasn’t hurt. I’ve loved the whimsy of the character, and of the origin movies of the original crew, I remember having the most fun in his. From the bravado with which Hemsworth pulls off the corny egotistical personality of a Norse God to the interesting character arc of mischievous Loki, played by my favorite actor, the Thor series is perfectly cast, and by Thor: Ragnorak, it embraces the melodrama of a Norse epic with visual humor.

The series is carried by an actor willing to humorously embrace his status as the “pretty one” to make up for years and years of primarily straight male comic book fans being treated to their own eye candy. Hemsworth has carried this gag to other franchises he’s appeared in, such as Ghostbusters and National Lampoon, all the while balancing his body with acting chops that show a wide range of comedic and serious aptitude—a feat beautiful female actors, like costar Scarlett Johansson, have had to master to stay relevant since the beginning of Hollywood.

Then, in Endgame, the six pack was gone, and instead, Hemsworth was hiding behind a fake belly in a new look for the character widely termed “Fat Thor.”

Criticism of this portion of his character arc has been mixed. The use of a fat suit or a larger character being used as a punching bag for one-liners has rightly been seen as demeaning for many, while simultaneously, there’s been praise for the decision to allow him to keep his size, even as he cleans up and realizes he is still “worthy” despite his losses and struggles. As a military spouse and someone who has struggled with anxiety, sight gags aside, there are, at times, depth and sensitivity to his struggles that I connected with.

However, all of the insightful and engaging discussion aside, the number one reaction I’ve seen when it comes to this new Thor is “Now I can cosplay an Avenger!”

On social media, in cosplay groups, in conversation, and at conventions, larger, middle-aged white dudes are gleefully planning on, or going through with, cosplaying “Fat Thor.” Finally, they can live out their fantasies of being a beloved, hammer-wielding Avenger with the body they have, not a body they’d need to spend hours in the gym and only eating boiled chicken to attain. 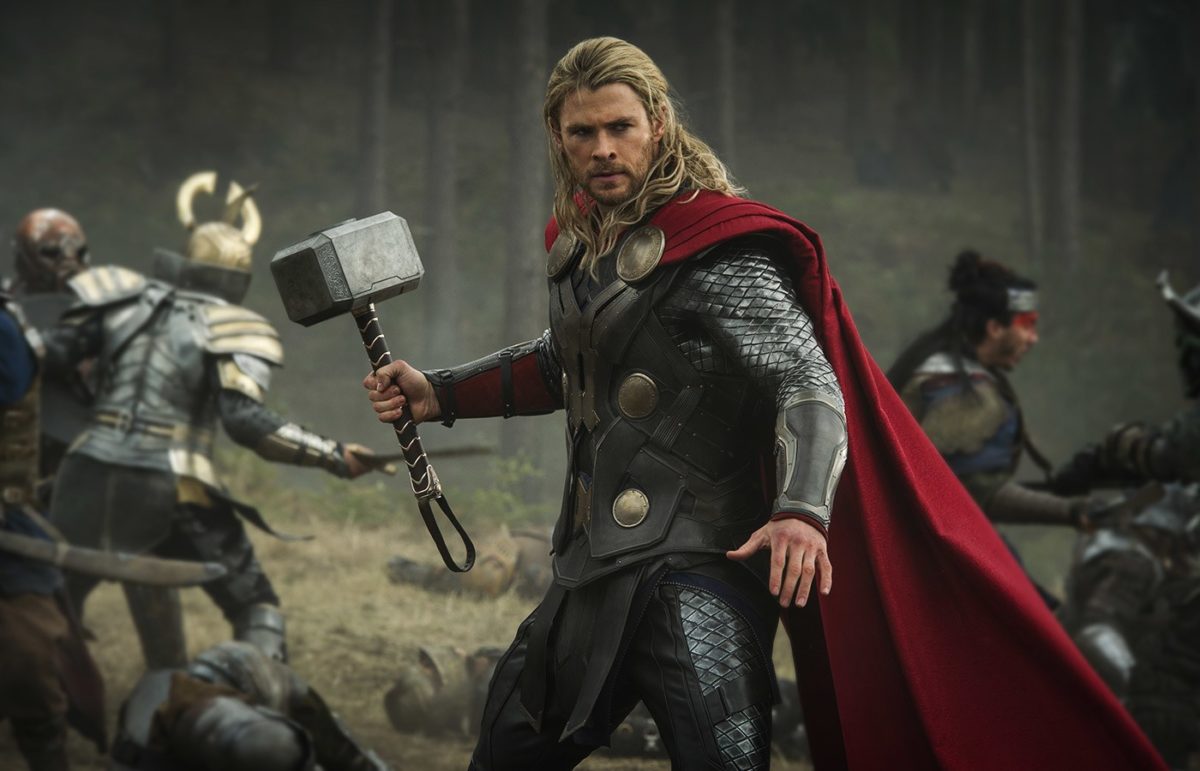 At first, I found this amusing, as someone who enjoys cosplay and watching people of all body types embracing dressing up in empowering and fun ways. Then the more I heard it, though, it didn’t sit well with me, and I couldn’t figure out why until I said aloud, “What if it had been Black Widow?” She has faced years of trauma, loss, and loneliness. In her new job as the psuedo-Nick Fury, it would have been easy for her to stop working out as hard, and with the metabolism and body changes that happen as we age as ladies, to have been a much softer, less catsuit-wearing coordinator of the Avengers. Would these same men have reacted with glee that their wives could pull off a cosplay where they looked more directly like the actress playing the heroine?

I think in most cases, probably not. Based on the reaction to strong women, like Rey, and the appearance of more and more heroes played by people of color or written as LGBTQ, many fanboys write off more diverse movies as “SJWs” ruining their fandoms. I would guess that many of these men are not thrilled by the growing diversity of cosplay and convention communities.

I’ve long said that there’s no reason a woman with telekinetic powers needs to be a size 0. SHE CAN MOVE THINGS WITH HER MIND. My thirty-something “mom bod” would cosplay that hero in a minute. For those excited to reveal your Dad bod and bear it at the next Comic Con, perhaps this can be a moment to reflect on your reaction to actors, actresses, and cosplayers outside of your viewpoint.

For there to be such glee for men in a category that has been overrepresented as the hero in comics, movies, and more just because one gained a few pounds, there’s an opportunity to gain empathy for why women, people of color, and LGBT are craving higher visibility and representation in these movies and a seat at the table in the fandom. If it feels so good for you to be able to have a moment of shared identity with Thor, perhaps you can see why representation is so important—how it makes you feel seen, empowered, and with a right to be there.

Representation isn’t only important to those in underrepresented groups, but affects the way others see members of these communities—to present full personhood as diverse, complicated, achieving individuals. This is part of why I love Captain Marvel and Valkyrie joining the team so much. Yes, as a blond-haired woman, I was excited that I could cosplay Carol’s more casual look and still feel comfortable and recognizable. I know I have friends who feel the same about Valkyrie, not just because of general appearance, but also because these characters let go of the male gaze in many ways, as heroes unapologetic in sarcasm, strength, and reliance on other women.

Comic book culture has told us for as long as Cap was on ice that white men are worthy to wield power, and yet we still whooped with joy for Cap to hold that hammer; it’s time for a more inclusive lineup to be presented as worthy. 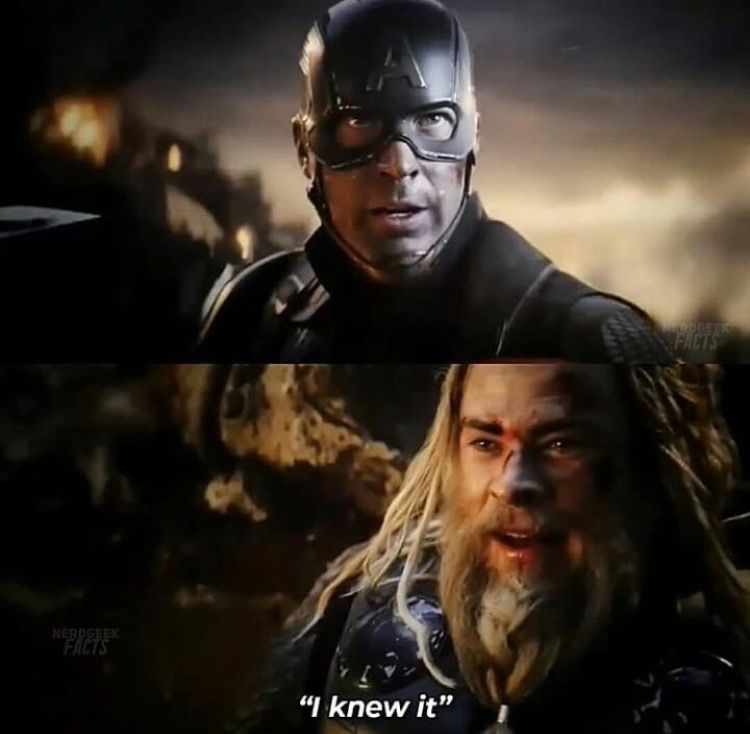 If only everyone’s “worthiness” were this expected.

In that final melee, the moment of heroines rushing into battle together with feminine and maternal energy was a moment hoped, longed, and waited for to make us feel just as worthy as Thor when he regained his hammer just as he was. Everyone deserves to see themselves that way.

Meredith Flory is a freelance writer, military spouse, and mom with a master’s degree in children’s literature from Kansas State University. You can find her work at www.meredithflory.com, Twitter, Facebook, and Instagram.