Can we all be best friends? 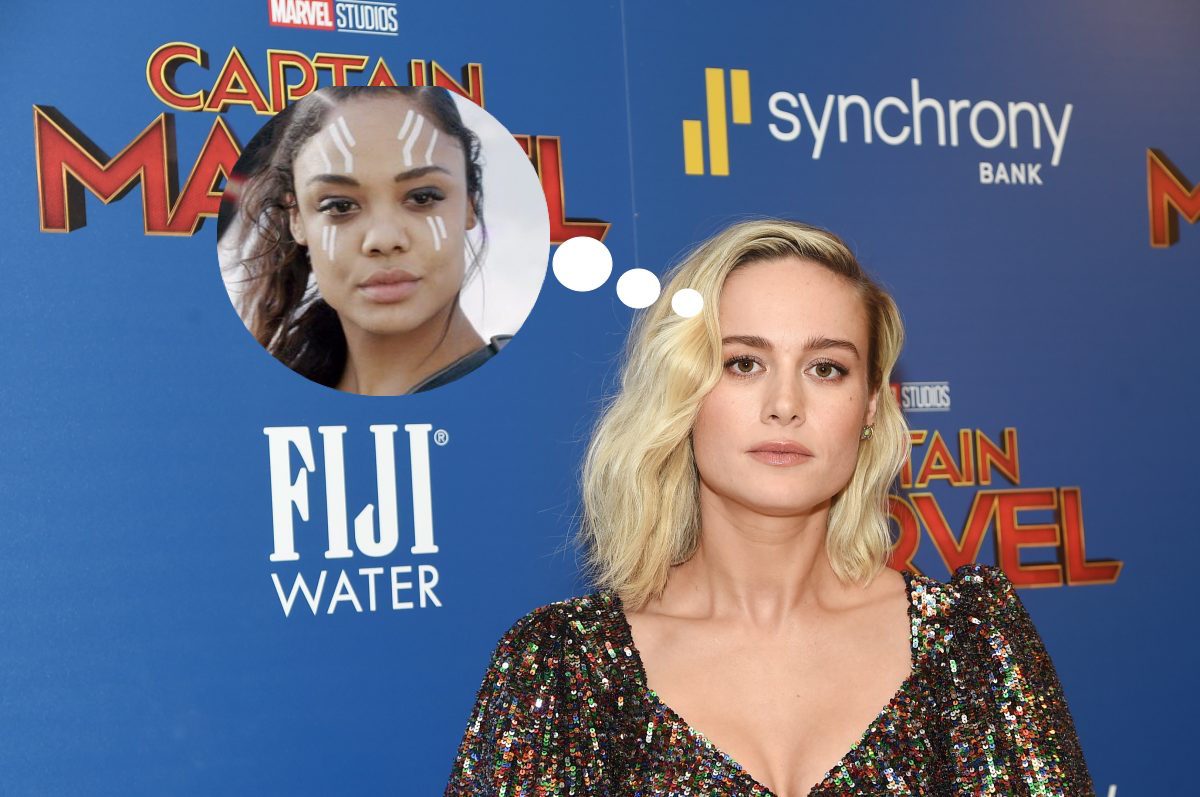 Tessa Thompson and Brie Larson are out here trying to make all our Valkyrie/Carol Danvers dreams come true! Or maybe I want to be best friends with both Brie Larson and Tessa Thompson. Whatever the case may be, these Twitter exchanges are absolutely adorable.

Ever since the dawn of Carol Danvers onscreen, fans have been begging for her to be the first openly gay member of the Marvel Cinematic Universe. We know that we almost had Valkyrie’s confirmed bisexuality in Thor: Ragnarok but the scene was cut, leaving us wanting to see Valkyrie in a relationship and now that we have Carol Danvers, can Marvel just let us have this one thing?

It seems as if Brie Larson and Tessa Thompson want it to happen too! The two have been sending fan art back and forth on Twitter, tagging each other and showing their followers just how much fans are down for Valkyrie/Carol becoming canon.

Most the MCU fans have already accepted Carol Danvers, praising the success of the movie and welcoming the new Captain into their world. But, if this Kevin Feige rumor is true, we could be seeing a Marvel Cinematic Universe led by a woman. And, honestly, it’s about time.

Then again, Tessa Thompson is pretty down with having all the female-led and teamed-up movies in the MCU. So are we.

Thank You for the support of our girl Val— and any Okoye team-Up would be a dream ! https://t.co/dBMsL6f2wc

Will Brie Larson and Tessa Thompson be my best friends? If not, can they make this adorable ship canon? For me?

See both Larson and Thompson in Avengers: Endgame, coming out this April 26th.