We're here for you Brie 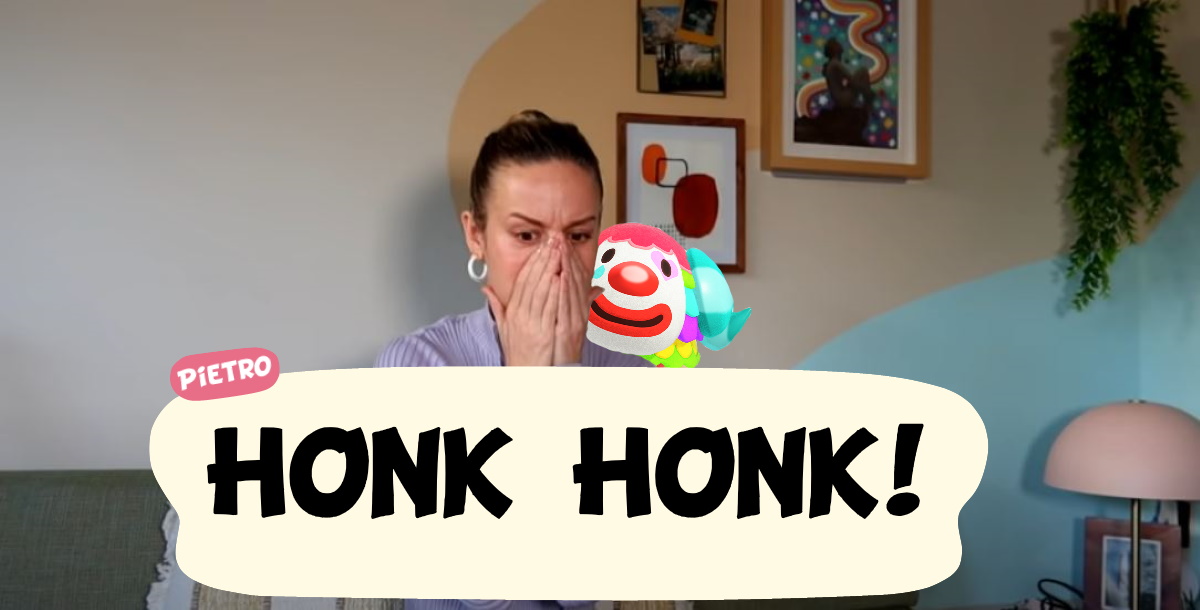 So there I was, in the middle of doing yet another rainbow flower arrangement on my island, when I saw that actress Brie Larson had a video on her Youtube where she took online quizzes. You know the ones. The “which character are you” kind that asks the same general questions but it MATTERS, okay, because it’s [insert your favorite franchise] and you HAVE to know if you and [insert your favorite character] share similar vibes.

Conversely, you also need to know if the quiz has the audacity to imply that you’re similar to [insert your least favorite character].

For the sake of the headline of this piece, I’m gonna skip to the Animal Crossing segment.

After answering several questions Brie was stunned to see that, according to the quiz, she was Pietro.

Pietro, for those who don’t know, is this villager: 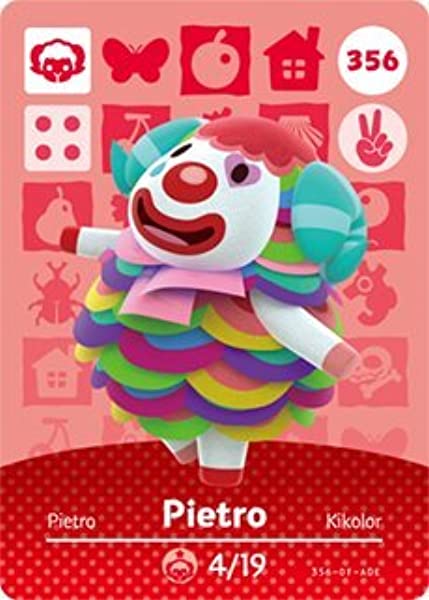 I don’t know much about Pietro since Animal Crossing: New Horizons is my first venture into the franchise, but as far as villagers go I’m … kinda into this look? I think? Like … I’d wear that rainbow outfit, for sure, that’s a cosplay waiting to happen. I’m also eternally amused that he’s a smug type instead of something like lazy or peppy or even cranky. A clown with the same personality type as Marshal, the squirrel smug enough to ask me if I wanted to trade my flat-screen TV for his sweater on shirt. The nerve!

Despite the way I’m steadily warming up to Pietro, I do feel like if I saw him randomly walking around my island at night I’d scream loud enough to frighten my cats. I wouldn’t mean to, I just … clowns at night aren’t really my thing.

Unless if Bubblegum K.K. is involved. Thanks, yogiekun!

Brie didn’t take the news of being linked to the clown villager so well, wondering why she didn’t get someone like Soliel or Isabelle. I can’t say I blame her. Having a quiz tell you that you’re similar in personality to a smug clown sheep is kinda life-changing. You spend all this time thinking you’re on the same level as the resident good girl pup who consistently gives morning reports, only to discover that Pietro is your villagersona.

Still, that doesn’t have to be a bad thing. According to the quiz being linked to, Pietro means this:

You’re a goofball and love to make people laugh. You have a wild imagination and tend to lose yourself in your daydreams. People are drawn to your cheerful and playful personality.

See! That’s not so bad! Also, according to this villager tier list, he’s an A-rank villager! So it’s not so bad to embrace your inner honk honk this time, Brie (honk honk is Pietro’s catchphrase, btw).

Oh, and in case you were curious, I got Hazel when I took the quiz. 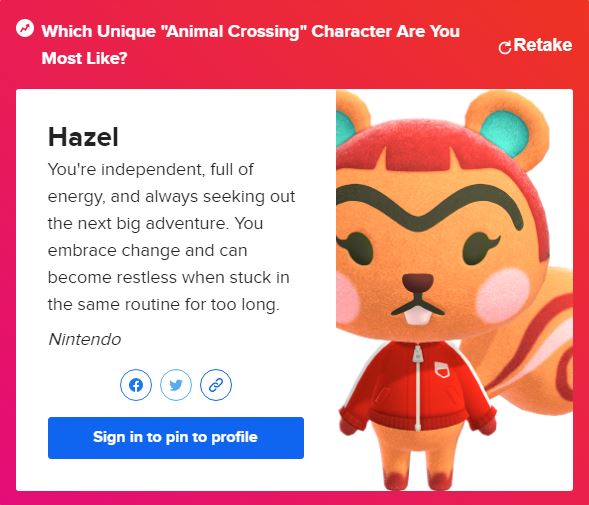 If you wanna find out if you’re a Pietro or a Hazel or any other villager, you can check out the quiz here! Which villager do you hope to be compared to? Do you think Brie’s right to be frustrated about getting Pietro? Is it all that bad to be a rainbow tiered cocky sheep?