Brett Ratner’s Making a FarmVille TV Show, And There’s Nothing You Can Do About It 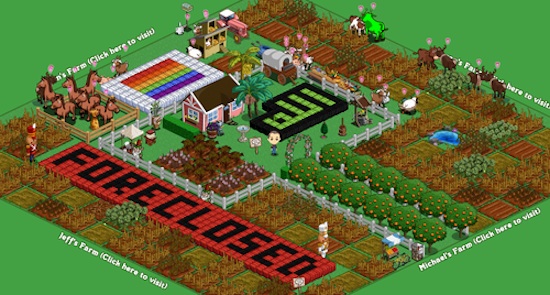 Are you sick of hearing about J.J. Abrams directing things? Yeah, us too. Here’s the problem, though — all the other news about other people signing on to projects is much, much worse. Case in point: because absolutely no one demanded it, you’re getting a FarmVille TV series produced by no less a luminary than Brett Ratner, so abandon all  hope ye who enter here. It’s a pretty inspired choice, we have to admit — a man whose movies everyone watches and no one admits to watching paired with a video game many people play, but no one admits to playing for a TV show that probably no one will watch, but we’ll bet still gets more episodes than Do No Harm.

Ratner will team with production company Six Eleven Media to produce the show, which promises to be as entertaining as deleting requests from people who want you to help them harvest digital beets. Now, you may find yourself asking, “Is a FarmVille TV show something that’s happened to the world because I’m a bad person?” The answer is… well, I wouldn’t take it as personally as all that. It’s much more likely that this has happened because we’re pretty terrible as a species. Then again, you may also just be having a rage stroke at the moment, brought on by the idea of a FarmVille TV show existing. That is OK, too, though we dearly hope someone is around to call the ambulance to take you to HospitalVille.

No word yet on what network is going to take responsibility for this travesty, which will be animated rather than live action, because all that corn would be really expensive. A more hopeful  person would suspect that might spell the ill-advised project’s doom. Instead, it probably just means that we’ll all get to see some sort of bidding war for the right to bring a FarmVille television show produced by the man responsible for Rush Hour 2 and singlehandedly borking the X-Men franchise right into a reboot into your home, which is kind of like watching people bid over the walk into your living room and take a dump on your couch. So we’ve all got that to look forward to now.

What can we say — sometimes, “despair over the world we’ve made for ourselves” is a perfectly reasonable reaction to have to news, and this is clearly one of those times.