Brenda Chapman Opens Up About Brave (A Little Bit) 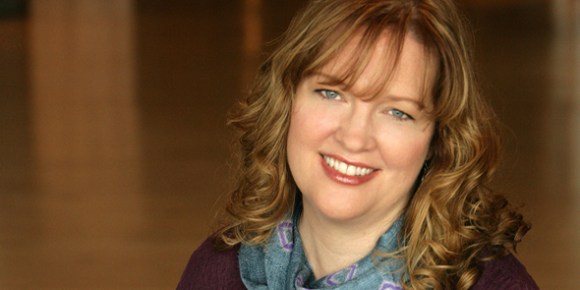 When Brenda Chapman, a fixture at Disney, DreamWorks, and then Pixar, was made the director of the first Pixar movie to feature a female lead, it was an exciting announcement. When she was let go from the project, it was truly disappointing. Now, Chapman has opened up about what went on with Pixar, her contributions to Brave, and what she looks for in a Disney princess. 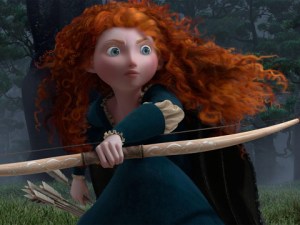 Included in this interview with Pixar Portal is the clearing up of some rumors about the parting of ways. Chapman, who wrote the original story with Irene Mecchi cites “creative differences” and says she is still working for Pixar. Originally set to be the director — and Pixar’s first female director — it was announced in October 2010 that she would be replaced by Mark Andrews.

There was a collective groan among women in the animation industry, saying that Pixar had made a big mistake by replacing Chapman. However, Chapman stayed pretty mum on the issue of directing, not going into many details.

However, she did discuss the story and what inspired her. Namely, her own daughter:

I have this daughter who is very strong willed, very independent natured. We butt heads and we’re both control freaks, but the intensity of my love for her is a constant thing. She was four or five years old when I came up with the idea and wondered, What the heck is she going to be like when she’s a teenager? Well, now I know what she’s like as a teenager because she’s 12 now. She’s such a huge part of my life that she’s all I can really focus on, so I wanted to do a story about a mother and a daughter and what that relationship is like, the struggle.

She also talked about writing an original story, not an adaptation of existing fairy tales, but still being guided by the tradition of darker stories like Grimm’s fairy tales. At the same time, a running theme in her most prized work is princesses who are independent, untraditional, and have minds of their own:

I love fairy tales, but I am tired of the message of waiting around for your prince to show up and you’ll live happily ever after. Baloney!

But also, keeping in mind that children aren’t the only ones watching, but their mothers, too. And mothers are also watching their own daughters and observing how the younger generation is reacting to a stronger female character:

I knew a lot of people were going to say, “Oh great, another princess!” Because of marketing, little girls gravitate toward princess products, so my goal was to offer up a different kind of princess — a stronger princess that both mothers and daughters could relate to, so mothers wouldn’t be pulling their hair out when their little girls were trying to dress or act like this princess. Instead they’d be like, “Yeah, you go girl!”

Chapman, who worked with Disney when it was experiencing a resurgence in its animated films, holds Beauty and the Beast very close to her heart, even citing — and defending — Belle as her favorite character:

I know she’s gotten a lot of flak over the years. People can skew what she went through from a negative point of view, but I saw her as someone strong who wasn’t waiting around for things to happen to her. I really enjoyed working with her and trying to portray a different kind of female heroine from other Disney movies. She’s not waiting around for her prince; she’s not even actively trying to find a man. Her father’s in danger, she goes to look for him. She makes an incredible sacrifice to save her father and then ends up trapped in this place and incredibly unhappy, yet she’s able to pull the good out of this beastly character. That was the intent that she was designed for, not the negative, “Oh she’s an abused woman hanging out with her abusive captor.” That wasn’t remotely where we were going with that.

But one plum quote? Her regrets on Rafiki, her other favorite character:

I still want to kick myself for not making him a woman like they did in the stage version. I saw that and thought, Oh, I feel so stupid! She’s perfect as a woman!