Yet another of Isaac Asimov's dystopic visions of the future COME TO LIFE. 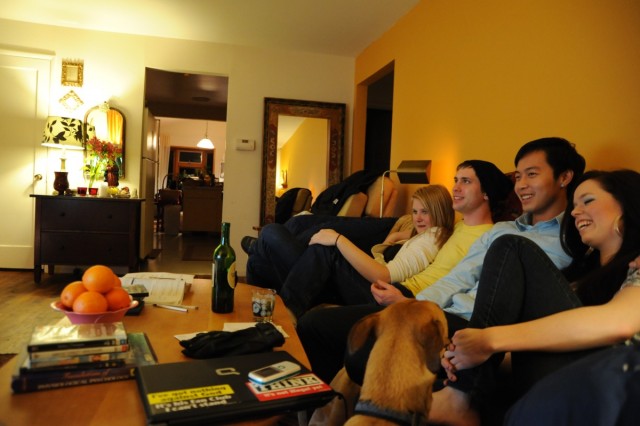 Because it is clearly the end times, Bravo has decided to accept the fate of humanity and lead television to its inevitable downfall. Starting October 6th, Bravo will be airing a new series called The People’s Couch, where you will watch footage of regular people, sitting on their couches, watching other shows on TV.

Were you waiting for a punchline? There isn’t one. That’s seriously it. That’s the whole show.

Based on the UK show Googlebox, The People’s Couch will feature real people sitting around in their comfiest pants (we’re assuming they’ll have to wear pants for the show), commenting on the latest weird Miley Cyrus video or crazy reveal on Breaking Bad. Though reaction videos are exceptionally popular on YouTube (especially post-Game of Thrones­-Red Wedding), this is going a bit overboard. However, if you’d like to devote an entire half-hour of your time to this phenomenon, you can do so starting October 6th. We won’t stop you.

Bravo’s VP of Development, Lara Spotts, is calling the show a “funny, unfiltered comment on America’s current TV viewing habits.” And just like that, the nadir of reality television has been reached. We hope.

(via Deadline, photo via Wonderlane)