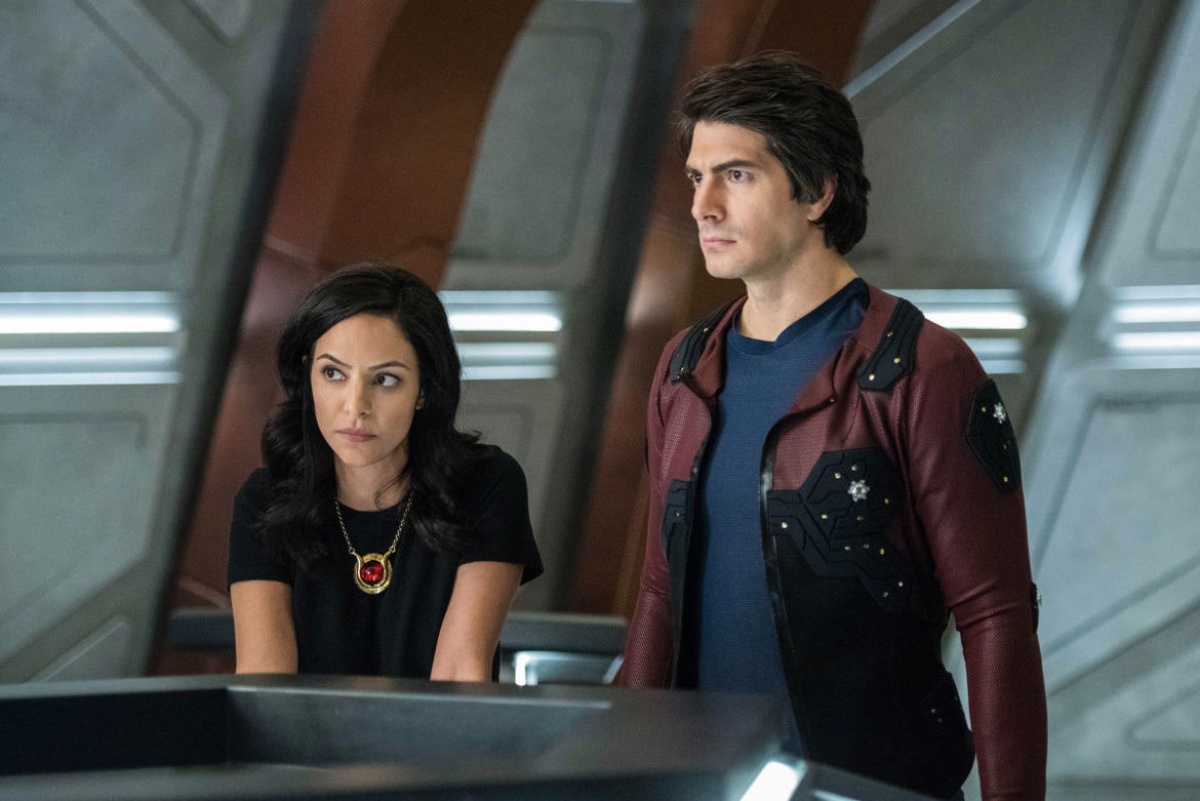 It was shared yesterday on Deadline, but fan-favorite CW show DC’s Legends Of Tomorrow will be losing two new members of the crew with series regulars Brandon Routh, who plays Ray Palmer/Atom, and Courtney Ford, who portrays Nora Darhk exiting the show. They are also husband and wife, in real life.

“Brandon and Courtney have been invaluable members of the Legends family,” series executive producers Phil Klemmer, Grianne Godfree and Keto Shimizu said in a statement to Deadline. “They have always brought a level passion and collaboration to their characters and to the show—both on and off the screen—that we deeply admire and for which we are eternally grateful.”

According to Deadline, this exit is happening because of a creative decision to wrap up their storyline, but as is the case with most Legends characters and time travel, the producers are leaving the door open for Ray and Nora to come back in for guest appearances on the show.

“Of course, when we have had main characters in the past whose journeys take them away from the Waverider, it’s never truly goodbye,” Klemmer, Godfree and Shimizu said. “We love these characters and hope to check in with them in future seasons, to see how life off the ship has transformed them for better or worse.”

Routh—along with Victor Garber, Wentworth Miller, and Caity Lotz—has been a series regular from the start, and with him leaving, the only remaining original Legends are Caity Lotz as Sara Lance/White Canary and Dominic Purcell as Mick Rory/Heat Wave.

Routh shared a statement with Deadline: “I’m so grateful to have had the opportunity to bring the big-hearted and humorous Ray Palmer to life for our fans over the last 5 years, but unfortunately, his storyline is pointed in another direction. I’m saddened to see Ray’s journey end for now but wish my Legends family well.”

Ford also added her own statement saying, “Nora Darhk is very close to my heart. If it were my choice, I’d play her for years to come. But I understand that stories run their course, and I’m grateful for the time I did have bringing Nora to life on Legends of Tomorrow.”

While this is sad, at least we will get to see Routh put on the Superman cape one last time in the big DCTV crossover happening this year. Despite rumors, it seems like The Flash (along with Black Lightning) is going to be one of the shows that actually maintains the majority of its original cast for the majority of its run. Hopefully, saying that they want to leave the door open for the characters to return means they won’t kill them off, but hey, when did death ever stop the Arrowverse from bringing someone back?