Passwords Are Old News, Unlock Stuff With Your Brain Like a Champion 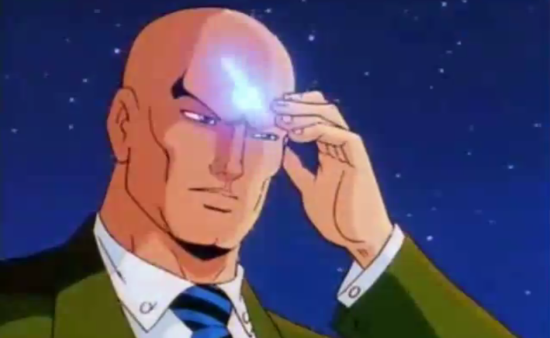 I hate how frequently I have to type passwords into things, and I would like passwords to go away and die. The problem is that there are not a lot of great alternatives to make sure people aren’t poking around in my stuffs. Biometric security measures are promising, but they tend to be prohibitively expensive, or so dumb that their face-recognition capabilities can be fooled by a photo. There’s a new study that’s looking at using brain waves to replace passwords, and I’m excited about it because I want to feel like Professor Xavier every time I check my email.

The study was conducted at University of California Berkeley by Professor John Chuang and his team of students and scholars. They’re not the first to look at the use electroencephalogram readings of brain waves to create “pass thoughts”, but their work focused on the feasibility of using low cost equipment to make unlocking a computer with your thoughts possible.

Specifically they used the Neurosky MindSet device. It’s a single-point EEG device with wireless headphones that can simply worn on the head without any complicated connections like traditional EEGs. The MindSet connects via Bluetooth to the computer, and is based on the same technology that Neurosky used in the Star Wars Force Trainer toy. The MindSet sells for $199 on the Neurosky website, with a $79.99 EEG reader only version called the MindWave as well.

To test whether the the EEG readings taken from the device could work as a viable computer security option, the team had individuals perform seven mental tasks with the device. Four of the tasks were shared by all the subjects, but three of them were individual tasks like thinking of doing a specific action repeatedly. The team found that the readers were accurate enough to have a success rate over 99%. I mistype my passwords a lot more than 1% of the time.

The two downsides to this technology are that it does require you to wear a somewhat ridiculous looking thing on your head, and that thing costs money. Not everyone will be as on board with buying and wearing something that reads their thoughts to control their computer as I am, so it might not catch on with everyone. Though Google Glass is pretty ridiculous looking, and a lot of people seem pretty excited about that.

Come to think of, why doesn’t Google build an EEG reader into Glass? Voice control isn’t cool. You know what’s cool? Mind control. Get on it, Sergey Brin.