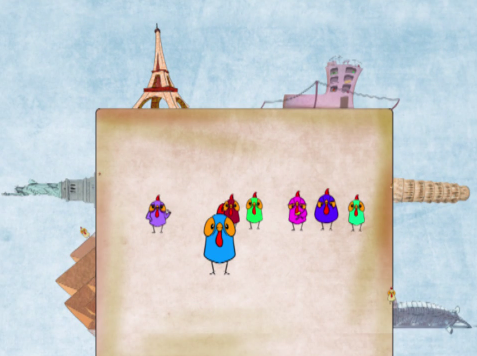 Everybody has a social network nowadays, and if Anonymous has one and there’s one that helps you find people with similar intestinal bacteria, it should come as no surprise that WikiLeaks is announcing its own encrypted social network called FoWL for “Friends of WikiLeaks.” What might come as a surprise is that parts of it actually sound really neat.

The idea behind FoWL is not to connect you to friends you already now, but to connect you to would-be friends that you haven’t met yet. Considering the network’s affiliation with WikiLeaks, the tie that’s going to bind you and your friends on FoWL is probably going to be some sort of activist values, you know, the bond of being the kind of people who would consider themselves “friends of WikiLeaks.” The whole project seems to be centered around helping activists find other activists so they can act. But that’s not the interesting part, the interesting part is how FoWL intends to pull this off.

Instead of having you find people to friend, FoWL is going to assign you 12 friends. Always 12, exactly 12; it’s a hard limit. Six of these friends will be from your general geographic area, whereas the other six will be from other parts of the world, but still speak your language. If you get assigned an inactive account (or lazy douche) you can boot people from your circle, and automatically be assigned a new pal to fill the spot. It’s all explained by a somewhat creepy video posted on the FoWL homepage, a video using a metaphor involving chicks.

As of now, you can sign up for FoWL, but you can’t actually do anything aside from that. If you create an account, FoWL will collect some information from you, including several varieties of contact info that it will give your friends, but if you try to view your profile page you’ll get an error. Presumably it’ll get a real interface at some point, but considering the current state of the Anonymous social network, who knows what’ll happen.

It’s pretty unlikely that FoWL is going to really blow up; just getting enough users to function on a very small scale would be a huge success. That said, its approach to assigning “friends” you don’t know but have things in common with — on one level, by virtue of just being on FoWL, and on another by geographic location and language — is really interesting. After all, have you ever tried to make friends on Facebook or Twitter? Like, real friends? Granted, it’s not like they actively sabotage attempts, but they aren’t necessarily conducive to fostering real, meaningful relationships. FoWL presents and interesting mix of social network and dating site which could stand to be unique if it gets off the ground. It’s probably not going to appeal to the lion’s share of people, but hopefully its ideas, if successful, catch on. I think I’d like to be part of a network like this. FoWL, however, doesn’t feel like it’s for me.