I Wanted the Opposite of This: Bradley Cooper Rumored To Be Rocket Racoon in Guardians of the Galaxy 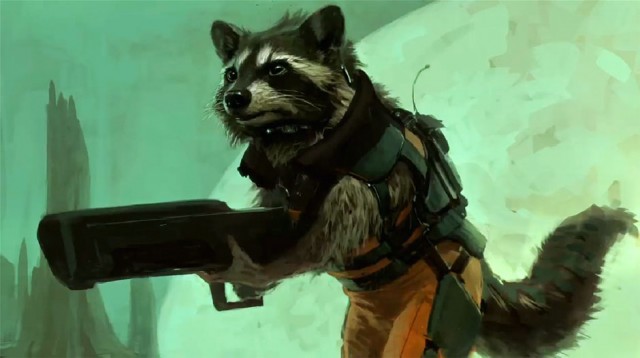 Personally I’m not the hugest Guardians of the Galaxy fan, but the cast list alone for the upcoming 2014 film is enough to get any nerd excited — Karen Gillian, Vin Diesel, Chris Pratt, Zoe Saldana, Glenn Close, Michael Rooker, and Djimon Hounsou? Holy crap. Now we’re finally getting hints of a casting pick for Rocket the Raccoon and… eh.

According to Latino Review, who tend to be disarmingly accurate when it comes to this sort of thing, Marvel is currently courting Bradley Cooper to lend his voice to the role of Rocket Raccoon. Apparently he’s been on the top of director James Gunn’s list for some time now.

No offense intended to Cooper or fans of Cooper, I assure you — he’s a very capable actor and I’m sure he’d do a decent job in the role. It’s just that he is literally the opposite of what I was hoping for. My ideal would have been Nick Offerman, of course, because having Chris Pratt hanging out with a Ron Swanson raccoon would have been amazing. However, Jason Statham was certainly getting buzz online, due to the cartoon version of Rocket having a similar cockney accent. Here at the office, Bill Murray’s name has been getting tossed around a fair amount as well, because you know that would have been the best. Then again, Gunn is writing a very specific type of Rocket Raccoon, as he told Hey You Guys!, so you never know. Maybe Cooper is the perfect guy for the part.

The company is still in early talks with Cooper, of course, so there’s no telling whether or not he’ll agree to take on the role. He’d be a fool not to at this point, but you never know, maybe he’s busy. I imagine Nick Offerman or Bill Murray would be looking pretty good after that.

Then again, maybe it’s all a misunderstanding and we’ll be getting a Sly Cooper movie at point.

(via Latino Review and The Hollywood Reporter)