The Ever Evolving Idea of Hollywood With Brad Lambert 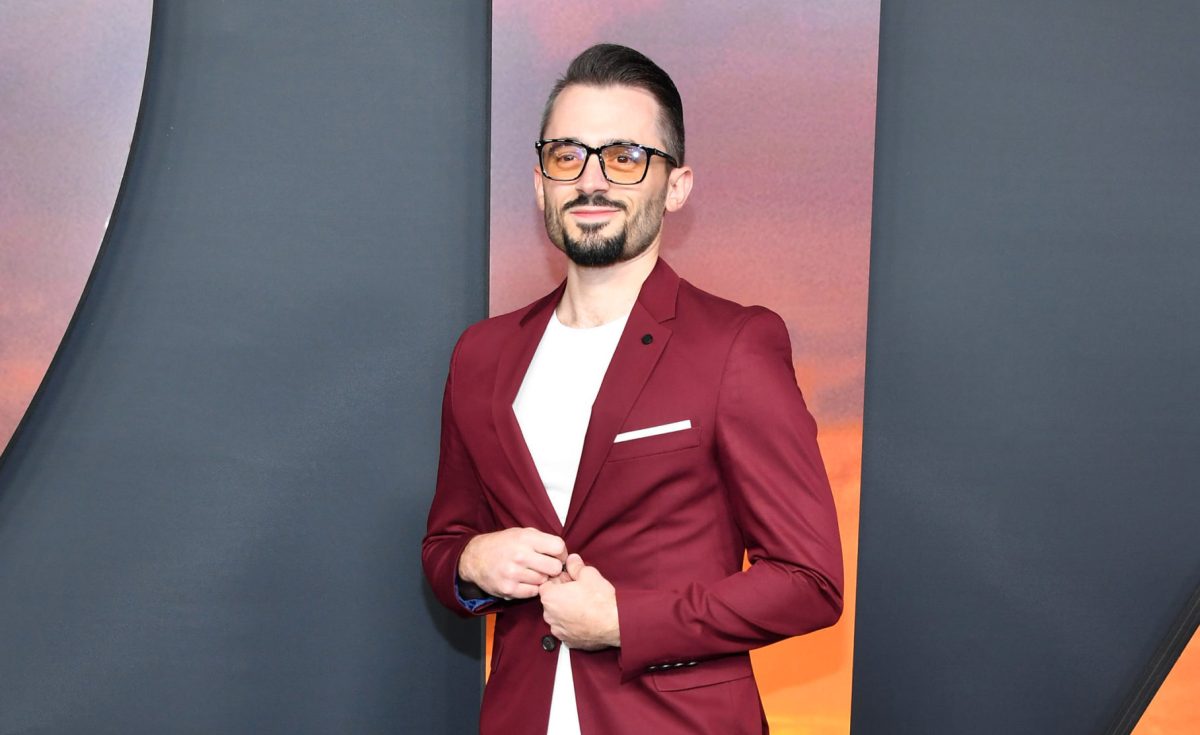 Hollywood is constantly evolving, and while we are in a promising era of change, it takes a lot to get there. When talking about the change in the modern idea of the movie star, I kept coming back to this idea of wanting to support actors and people in Hollywood not for their work alone, but for who they are as people, as well.

So often, we’re told to see some movie because of a great performance or because the story is incredible, and that is all well and good, but now, we’re approaching who we support in Hollywood with a lot more trepidation than we have in the past. Those performers who have been in the news for a bad reason are less likely to get my money than someone I know is doing something good with their platform. For instance, I’d rather go see a Chris Evans or a Robert Downey Jr. movie because of what they’re doing outside of their acting, versus going and seeing a movie featuring someone whose offscreen actions have hurt people.

It’s an interesting dynamic and one that I think a lot of young individuals are taking into consideration when they view Hollywood and what content they want to consume, especially when there is so much at our disposal in the world. From actors to directors and writers and even producers, everyone has a place in Hollywood, and it’s just as important for us, as viewers, to take their lives and actions into consideration before giving them support.

That’s why individuals like producer Brad Lambert are so important, in my opinion. Talking with him about his own view on Hollywood and his goals, as well as why he wanted to be a change in Hollywood, it was clear to me that Lambert is in this for a lot of the right reasons:

To me, personally, Hollywood is a very difficult industry and business to be in. We all know that. It’s very Wild, Wild West, it’s very back-stabbing, and most people out here are only interested in themselves. So it really makes it difficult to succeed out here because it’s a very collaborative place but at the same time, it’s not. So for me, I want to bring a very positive, a very collaborative, a very together message across everything. Sex, race, everything. I want equality, I want positivity, I want people to not be afraid to come out here and pursue their dreams.

The thing is: That’s exactly who Brad Lambert is. I found him on Instagram because I follow someone who posted about him. They were both in Steelers jerseys, and as a Pittsburgian, I decided to follow. It was a great decision because not only does he share his behind the scenes view of Hollywood, but he also makes it his goal to share positive messages to those who follow him.

Nothing worth having comes easy. More people will want you to fail than those who are cheering for your success. Keep your head down, stay focused and put on a good show for BOTH sides that are watching 😉 – Challenge yourself, push your boundaries and try new things. You’ll be amazed what you can accomplish and what you’re capable of when you’re truly tested. Get out there and go get it 💯 – #motivational_quotes #hollywooddreams #successtip #focusedonmygoals #goalsetting #hatersbelike #producerlifestyle #talentmanager

His tweets are also in the same vein—just inspiring messages to keep his followers going after their dreams rather than posting a lot about his own success and how he is doing it, which is probably why following him is so refreshing.

We all have aspects of our lives that we want to improve upon or change. The bottom line to actually achieving those changes or those improvements is ACTION. If you don’t do anything, nothing will change. It may seem overwhelming, but just START. One step at a time… 👣

And, you know, he hangs out with Robert Downey Jr.

About last night… 👊🏼 – When I first moved to LA, almost 5 years ago, I worked with this man and his incredible team. It was a life-changing opportunity and I’m forever grateful for the experiences and relationships that have come from it. #TeamStark 🙏🏼 – Photo by: @jimmy_rich #legend – #motivation #inspiration #producer #talentmanager #speaker #marvel #mcu #marvelstudios #rdj #hollywood #entertainment #success #happy #entrepreneur

When talking about his own career, though, one thing is very clear: Lambert wants the mentality of the “lone wolf” to stop.

I acknowledge that, at the end of the day, I would not be where I am without other people. A lot of people want to say ‘I’m self-made, I did this all on my own, blah blah blah’ and that’s just not realistic, it’s just not. So if people acknowledge and accept the fact that nobody gets anywhere by themselves, it becomes a much more collaborative win together mindset, does it not?

I brought up the idea of supporting young artists because I find myself paralyzed with fear a lot of the time when I think about sending my own work to people—something that Lambert hates about the industry.

That bums me out. It bums me out that you feel that way because you shouldn’t. That’s the stigma of this business. Name another business that is that full of critics and opinions and just people tearing each other down. There’s not another business like it. So, especially in such a visible, difficult industry and business, I want the next generation (you know, us), the young professionals to establish ourselves, feel confident what we’re doing, and at the end of the day, if you can do something nice to help someone out, you just do it. It doesn’t have to be a transaction all the time because at the end of the day, if you’re going to help someone, you’re going to help someone and which, at the end of the day, is a positive thing regardless.

That drives home my main idea of wanting to support those people in this business (and in the world at large) who stand for something more than just their work. So often, we go to movies because it is a Leonardo DiCaprio movie or because Scorsese directed it or for whatever reason, and while both DiCaprio and Scorsese stand for more than just their work, it reminds us that these people giving movies to us are individuals who have platforms and some choose to do more with that than others.

The modern idea of Hollywood isn’t just about who is in something, but rather, what that person stands for, and it connects to both in a way that makes every single person’s individual preference different. That’s probably why there is so much content and so many new actors for us all to look into.

But still, there are problems in Hollywood, and what does everything come down to though? Frail egos.

When you’re out here and you go from never working in the industry to working in the industry, you find out very quickly that people with fragile egos or lack of confidence will do whatever they have to if you are a threat to them. And if you are in their way. So, I’ve seen the nasty side of the business, at all levels, and that’s just made me, at the end of the day, stronger and want to be way better but yeah, it’s something about the business that I hope to change.

You can follow Brad Lambert on Instagram and Twitter, and I suggest doing so. He’s inspirational, always down to chat about the business, and is the light that I, personally, think a lot of Hollywood needs.