The Boy Scouts of America are Letting Girls In — What Does That Mean For The Girl Scouts?

Let's all just be Pawnee Goddesses 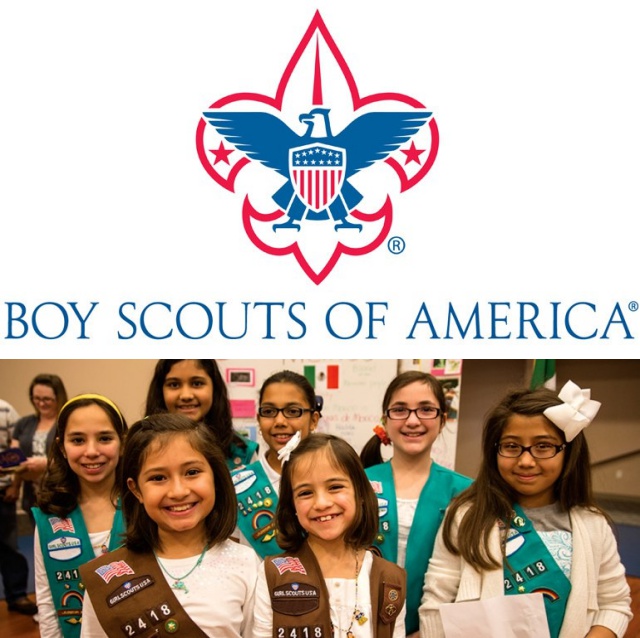 Earlier today The Boy Scouts of America announced that they are officially going to allow girls to fully join their organization for the first time since its creation.

“The historic decision comes after years of receiving requests from families and girls…The organization evaluated the results of numerous research efforts, gaining input from current members and leaders, as well as parents and girls who’ve never been involved in Scouting ― to understand how to offer families an important additional choice in meeting the character development needs of all their children.”

These changes will be officially implemented during the 2018 program, which will officially begin in August. While the Boy Scouts have had some co-ed programs throughout its years, this change is a major shake-up of the status quo that has existed for years. The Cub Scouts will be taking in children from the ages of 7 to 10 with hopes of creating Eagle Scout programs for older girls for 2019.

This is part of the BSA’s attempts to create a more diverse environment and appeal to households that do not have as many resources to shuttle kids about to multiple different organizations.

“Families today are busier and more diverse than ever. Most are dual-earners and there are more single-parent households than ever before, making convenient programs that serve the whole family more appealing…Additionally, many groups currently underserved by Scouting, including the Hispanic and Asian communities, prefer to participate in activities as a family.”

While all of these are thoughtful and most-likely well-intentioned ideas, the question remains: What does this mean for the Girl Scouts?

Back in August, Girl Scouts national president, Kathy Hopinkah Hannan, was not happy about the potential news, when she accused the BSA of conducting a “covert campaign” to try and recruit girls.

In a letter released to Buzzfeed, she wrote about her fears that this sort of change hurting the Girl Scouts and that part of the recruitment process would include putting down the Girl Scouts to potential families.

“I am also deeply concerned about reports of aggressive posturing by Boy Scout leaders towards Girl Scout leaders at recent “family meetings” outlining the proposed girls program. This includes everything from disparaging and untrue remarks about Girl Scout programming, to subtle implications about the weakness of Girl Scouts’ long term market strength. Starting off any program when people are feeling bullied is not in keeping with the founding ideals of either Boy Scouts or Girl Scouts. I implore you to condemn this behavior within your organization and to create consequences for these actions”.

“Rather than seeking to fundamentally transform BSA into a co-ed program, we believe strongly that Boy Scouts should instead take steps to ensure that they are expanding the scope of their programming to all boys, including those who BSA has historically underserved and underrepresented, such as African American and Latino boys.”

Throughout its recent history, the Girl Scouts have worked to be as inclusive as possible. The organization accepted transgender kids in 2011, before the Boy Scouts officially got rid of their ban on gay recruits in 2013; it wasn’t until 2017 that the Boy Scouts allowed transgender boys to join. And let’s not forget that speech Trump delivered earlier this year. I’m not gonna say the Girl Scouts would never … but I’m pretty sure they would never.

Yet, despite all of those progressive avenues, that might not be enough to keep girls in the Girl Scouts if the Boy Scouts are offered as an alternative. Families do want actives they can do together and if the Boy Scouts are allowing girls in, it may be a tempting option for parents who see this kind of gender inclusive activity as more rewarding than single-sex options.

(image: Boy Scouts of America/Girl Scouts of the USA)