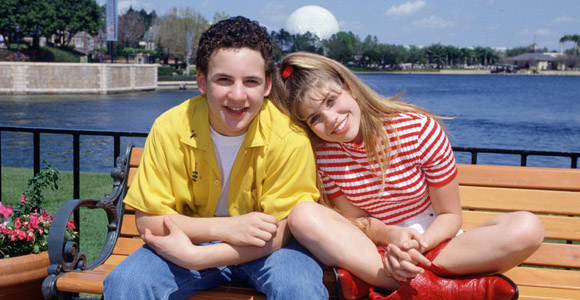 Your immediate reaction might be to groan but hold off. Disney is planning a new television series that would act as a sequel to the 1993 sitcom, Boy Meets World. Why is this good news? The series will be titled Girl Meets World and feature Cory and Topanga’s daughter in the lead role. My 1990s feels just came a’knockin’.

The original series starred Ben Savage, younger brother of Wonder Years’ Fred Savage, as Cory Matthews. Cory had a best friend named Shawn played by Rider Strong, an older brother named Eric played by Will Friedle, and a friend-turned-into-girlfriend-turned-into-wife named Topanga played by Danielle Fishel. She also had extremely awesome hair. The series ran from 1993-2000 and followed Cory from middle school to manhood. The series ended with the couple moving to New York so Topanga could become a lawyer.

TV Line were the ones to break the news and said the Disney Channel is a likely home for the new series. They write, “Sources say that the cable network is trying to land original series stars Ben Savage and Danielle Fishel to revisit their roles of sweethearts Cory and Topanga, who married before their ABC sitcom ended its seven-season run. The new series would center on their preteen daughter.”

This might be the best idea Hollywood ever had.

Savage is still acting and in recent years has had guest spots on Chuck and Bones while Fishel has turned to hosting with gigs on both The Dish on the Style Network and a countdown show on the music network Fuse. Let’s not forget, Fishel and Savage dated for a while in real life.  I already have story lines running through my head, though they’re mostly coming from a 13-year-old me.

All I know is, Mr. Feeny better be involved somehow.