There Can Be Only One 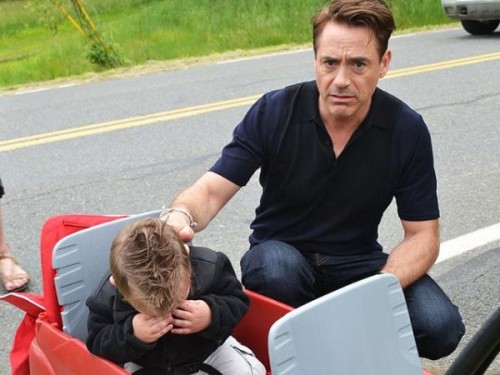 Little Jaxon Denno loves Iron Man– so when he learned that Iron Man would be in town (Robert Downey Jr. is filming a movie called the Judge in Western Massachusetts) and was happy to come and meet him, he was ecstatic. When RDJ showed up instead of Tony Stark, however, he was not so excited.

The little boy’s mother tried to explain to him that this is, in fact, Iron Man he is meeting, but the one-and-a-half year-old was hesitant to accept the idea that Iron Man didn’t come with the flashy red-and-gold suit.

His mother said: “[Jaxon] was so confused because I kept telling him it was Iron Man and he knew it wasn’t. Well, not Iron Man in the suit.”

After speaking to the actor for a few minutes, though, the boy warmed up to him.

The best part of this story is the picture– it contains so much grief and confusion, and not only on the part of little Jaxon. RDJ’s face is pained as he seems to consider the possibility that he may not be Tony Stark. Robert, don’t worry about it. You are Iron Man. It is you.

(via Neatorama via Gawker)