Canada Is Working Hard To Bring The World A Pizza Cake

Now I actually know what we're "blaming them" for. 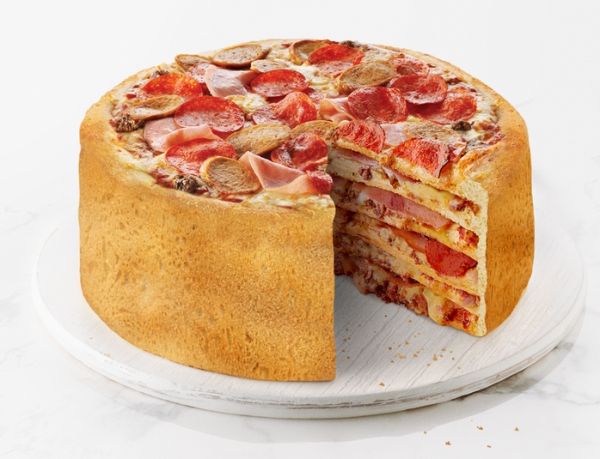 Boston Pizza is a Canada-based chain that makes third-rate pies but first-rate hybrids of pizza and politics. As part of their “Pizza Game Changer” promotion you can vote right now for a hypothetical weird food innovation you want to see at a parlor near you. If you have strong feelings about Pizza Cake (as you should) then make your voice heard!

The Pizza Cake is exactly what it sounds like, and actually one of the more normal “game changers” Boston Pizza has submitted to the voting public. In reality, a multi-layered cake pizza hybrid would obviously be a sign of the coming apocalypse and probably a horcrux, but as far as the field of nominees goes, it’s pretty reasonable. Although I’m sure if you try and slice it (possibly with the gasoline-engine pizza cutter that is also up for votes) you’ll still open a portal to Hell.

Alarmingly for anyone who doesn’t want the world to be destroyed by Pizza Cake dark matter, the other nominees are even sillier. There are Pizza Mints  available in 27 flavors of pizza to keep the party “going all night long”, and Pizza Cheese Clippers, so  “a monster cheese pull will never get the better of you again”! 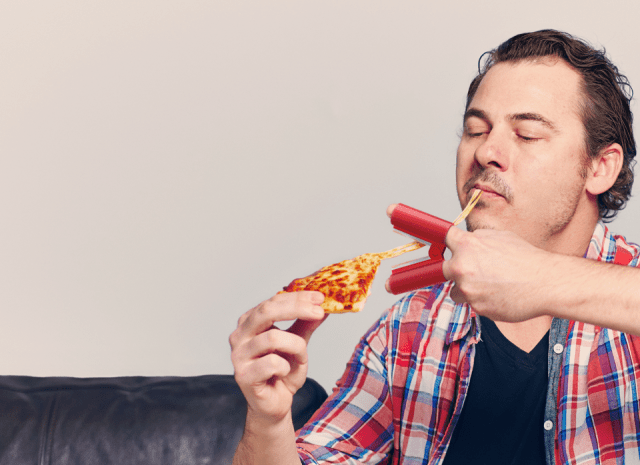 I’m pretty uncomfortable with the phrase “cheese pull.” If we could delete that from our collective consciousness I’d be deeply grateful.

There’s also a pizza pocket, which is not, as the name might suggest, some kind of calzone-Hot Pocket hybrid but actually a cotton shirt with a special front pocket in which to put your pizza and seal in freshness. You know, fashion. 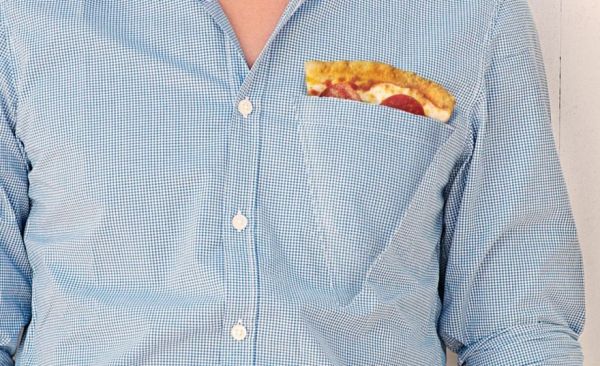 Feel a little vulnerable leaving your ‘za out in the open like that? No worries, my dude! There’s also a Pizza Protector in which to lock a single slice away from thieves. 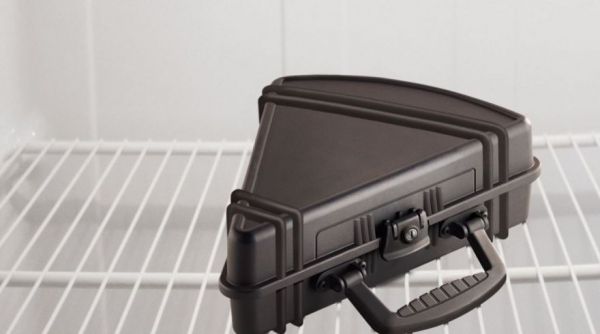 There are also some actual edible options on the docket (The Pizza Cake, I am assuming, is not edible since once it is manifested in reality there will be no one left alive to eat it). Of the variety of weird fusion foods Boston Pizza is suggesting in an apparent attempt to out-gross other high publicity yuck-o menu options, I will probably cast my vote for the Sriracha Chicken Pizza.  I know from experience that if you get a pizza and put some sriracha on it, you’ve got a good thing going.

Boston Pizza’s website runs excruciatingly slowly, probably from all the Canadian kids trying to get their vote oot, but I suggest heading over there if you want your voice to have an impact on the future of mediocre chain pizzerias.