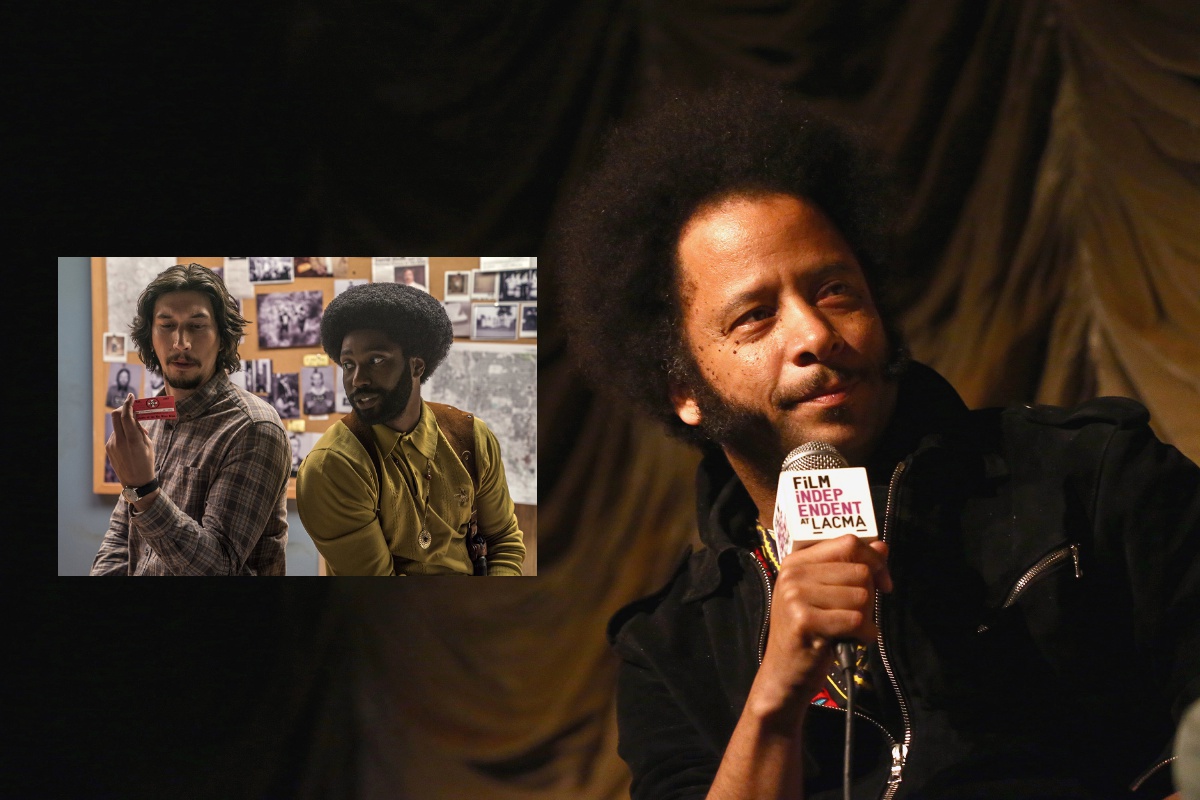 Boots Riley has been very active on Twitter throughout the promotion of Sorry to Bother You, interacting with fans, critics and everyone in between. He recently got some flack when he wrote a response to a Bitch article written by black film critic, Jourdian Searles (full disclosure she is a good friend of mine) in which she broke down how underwritten she found Detriot to be in an overall good film.

Riley then wrote a three-page explanation as to why Detriot was not a “manic pixie dream girl” (a term Searles does not use in her piece) and proceded to leave it in multiple comments on the twitter thread where Searles posted her article. Well, now he has some words for Spike Lee and his newest movie BlacKkKlansman, which tells the story of Ron Stallworth, a black police officer who infiltrated the Ku Klux Klan.

Ok. Here’s are some thoughts on #Blackkklansman.

Contains spoilers, so don’t read it if you haven’t seen it and you don’t wanna spoil it. pic.twitter.com/PKfnePrFGy

Riley says that Lee has turned the story of Ron Stallworth and sanitized it to make him more sympathetic in BlacKkKlansman which has the inspired by “true events” tag on it. In his collection of thoughts on the film, Riley brings up that the real Stallworth infiltrated a black radical organization (not one that is depicted in the movie) and disrupted it.

He criticizes their depiction of Kwame Ture, who in the film tells Ron to prepare for a war. In real life Ture, at this point, was living in Africa most of the time, and focused more on education and building a new group of black intellectuals. To Riley, the real Ron Stallworth was a villain, and casting him in this light and changing historical record to make him more “about the cause” is a type of gaslighting that attempts to make the police more friendly and overlooks the way black cops do play into the system.

“For Spike to come out with a movie where story points are fabricated in order to make Black cop and his counterparts look like allies in the fight against racism is really disappointing, to put it very mildly.”

In all of this, Boots Riley is not wrong. BlacKkKlansman is not “radical” and not “pro-radical” with Patrice’s character, as I’d mentioned before, the most underdeveloped in the film. However, some would say that no one, at least no one black, walked out of BlacKkKlansman thinking that the police were the answer.

In fact, I think the ending of the film pretty much shows that the police cannot be seen to be trusted fully in this fight, because of their “family” motto. That even small victories do not solve institutional problems.

BlacKkKlansman is not a radical film, but I don’t ever think it is trying to be.

What I do wish was more highlighted in this conversation is the fact that we have had a series of films dealing with race issues in this way and black women, especially dark-skinned black women, are not a part of the discussion. They are either omitted or made to seem more aggressive than lighter skinned or biracial black women. Just as it is not radical to have a movie about a cop-hero, it is also not radical to not have a black for dark-skinned black women in a narrative about black liberalism.