Colorism in “Sorry to Bother You” Where Are the Dark-Skinned Women? | The Mary Sue

Where Are All the Dark-Skinned Female Artists in Black Cinema?

Sorry to bother you, but this is Princess talking about colorism once again. Over the weekend, I finally brought my butt to the theater to watch Sorry to Bother You, the surreal, dystopian brainchild of Running Man and Animal Farm. It was an excellent film, and I think everyone should go check it out, because Boots Riley has an amazing sense of vision and his writing is sharp as hell. However, as I was watching the film, there was one thing I was keeping my eye on: What are the black women doing and what do they look like?

Tessa Thompson playing the lovely experimental artist, Detroit, is the only named black woman in the movie and the only one with any dialogue. There are other women of color and darker skinned women in the film, but they are all background. There is a scene in which Detriot, Cash (Lakeith Stanfield), Squeeze (Steven Yeun) and Salvador (Jermaine Fowler) are sitting together with a darker skinned black woman at their table (she later shows up to pick up Detriot so she must be a friend) and while the other characters all speak amongst themselves, she is just there. That illustrates the place that dark-skinned women often occupy in films. 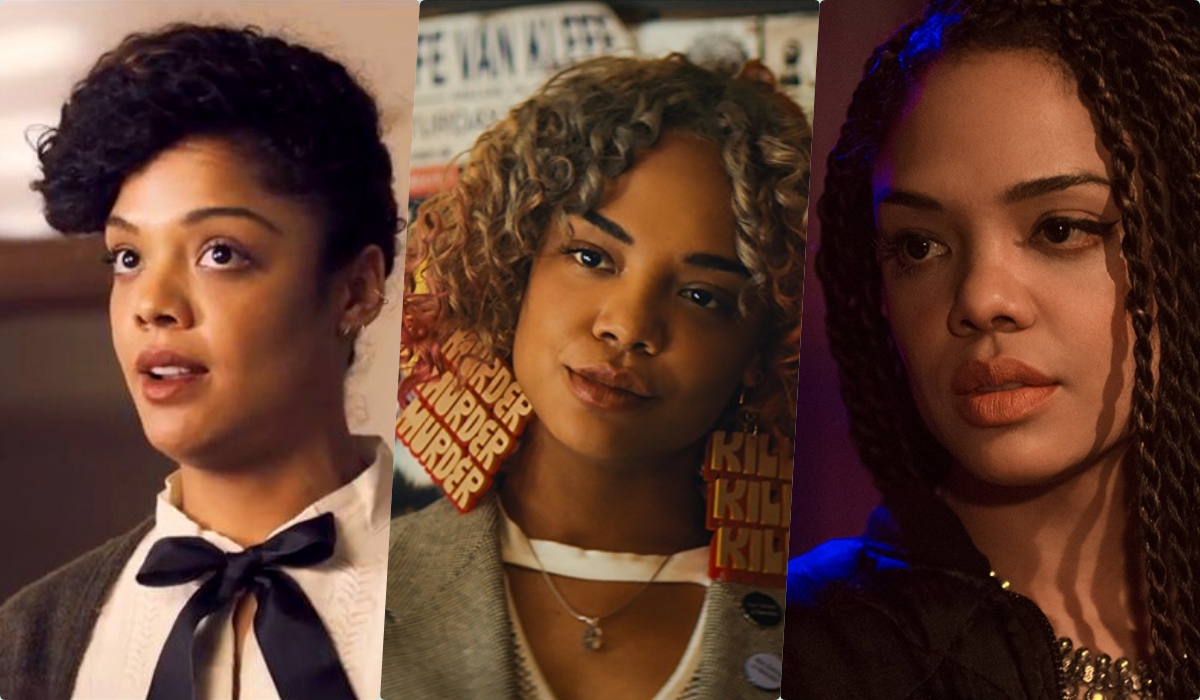 This is the third time Tessa has played a black female alternative artist with a political slant and artistic vision and when she returns for Creed 2 it will be the 4th time. Most of the time when I have tuned in to see a black film with a female love interest, with very few exceptions, that love interest is a mixed raced or lighter skinned black woman. The ubiquity of the image of the black female artists as a fit, lighter skinned woman with wavy hair and fitting an ideal steeped in colorism. For a movie like Sorry To Bother You, which is so on the ball, this was exhausting to see. Not because it’s Tessa’s fault for being cast, but because the mold in which we view free-spirited black women is always hindered by colorism. 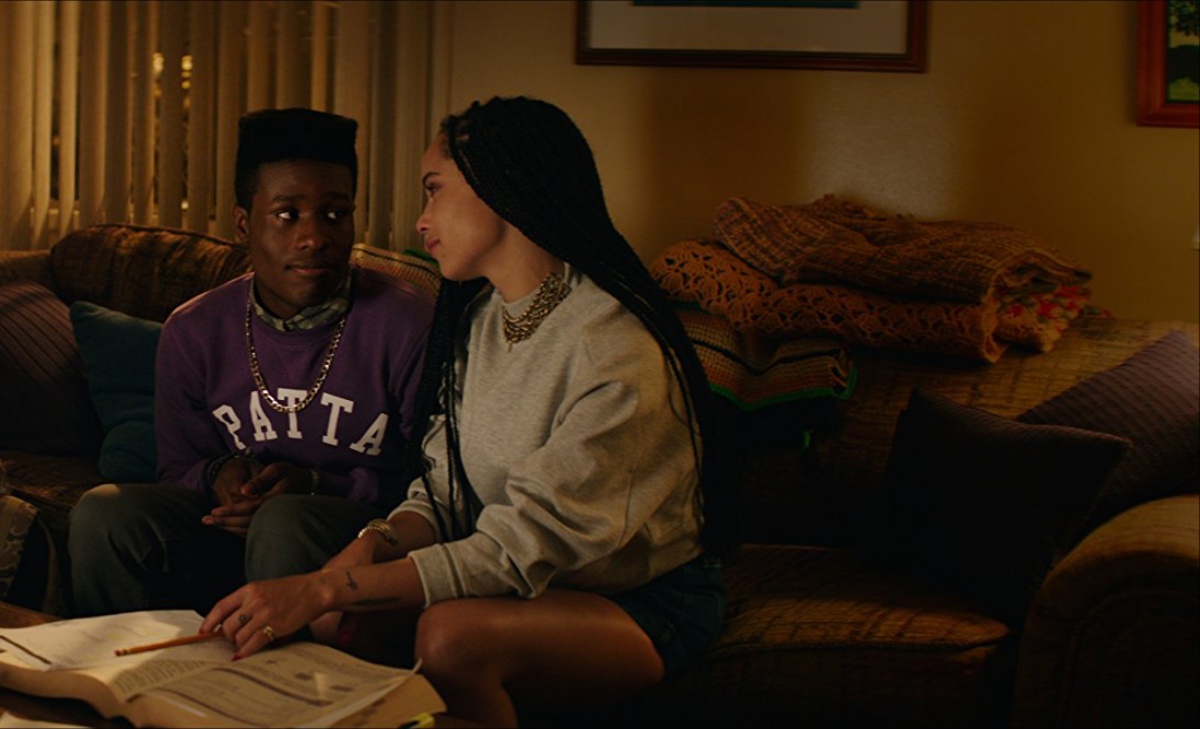 In 2015, Dope was a film I’d been looking forward to. It’s a coming of age story about young black and brown kids who love the 90s. I was into it and, again, it was a great movie, but the love interest is (the gorgeous, of course) Zoë Kravitz. The film frames Kravitz’s character as this idea girl, a swan amongst hoodrats who likes the main character, Malcolm, because he is not a drug dealer or an asshole. There is a darker-skinned woman in the film, Lily, played by model Chanel Iman who from the very first scene she appears in is hypersexualized and vomits on the lead character in the middle of sex. 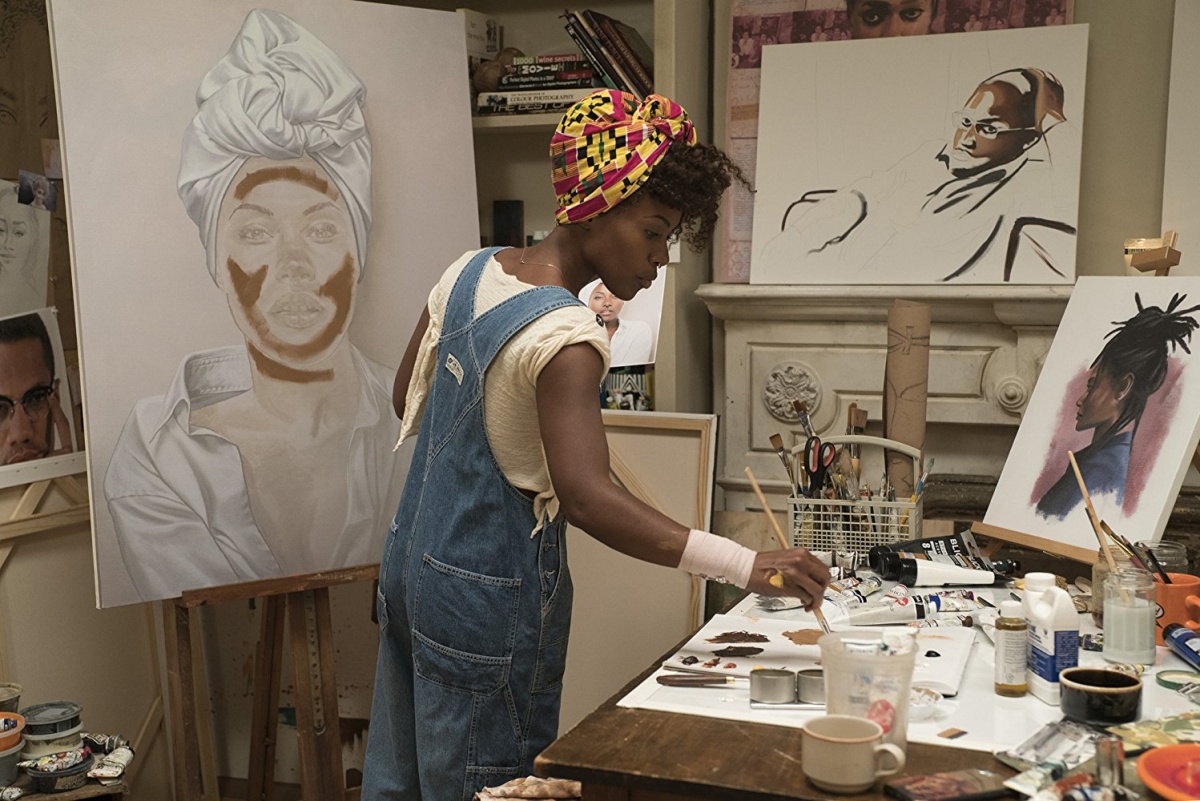 She’s Gotta Have It is one of the few shows in which a dark-skinned woman is portrayed as an artist, sexually and romantically desirable by men both lighter and darker than her. Love or hate Nola Darling, but she is one of the few representations of darker-skinned women living their artistic truth in media and there need to be more. Whenever I go to events with women of color artists, they come in all shapes, sizes, sexuality, and shades.

As I go out and support black art, it is exhausting to only see the same black women in the same roles over and over again. Rampage–a movie based on a video game–gave us Naomie Harris as a competent female scientist, who is an implied love interest, but isn’t defined as that. Yet in movies like Girl’s Trip, A Wrinkle in Time, and Get Out, there is an absence of meaningful roles for darker skinned women of color that portray them as smart, beautiful, and worth loving. Even when a character is based on a real, dark-skinned female artist like Nina Simone, somehow those roles still go to much lighter skinned actresses.

Why is it that when we think of a free spirited black woman we think light skin, loose curls or long braids? Why can’t she be dark skinned with kinky hair or a shaved head? Why do we still limit our images of black women, even among those of us who do know better?

Pointing this out is not saying that these movies are meritless or that they aren’t worth seeing. You should all run out and see Sorry to Bother You. However, it doesn’t mean that we shouldn’t also tell our black creatives out there: Hey you may not be meaning to, but there is colorism in your casting.

It has to start with us looking at these patterns in big screen movies and saying this isn’t okay and not gaslighting women of color into thinking colorism is in their heads. I love Tessa Thompson, but even she has been outspoken about colorism in her career. We know it happens, it’s not a secret, and we know that her being lighter doesn’t stop her from experiencing racism. But we can ask producers, directors, and casting agents to be aware of and accountable for the things they perpetrate in films that are supposed to be about black people.