Review: BlacKkKlansman Reminds You That the Ku Klux Klan Is Not a Joke 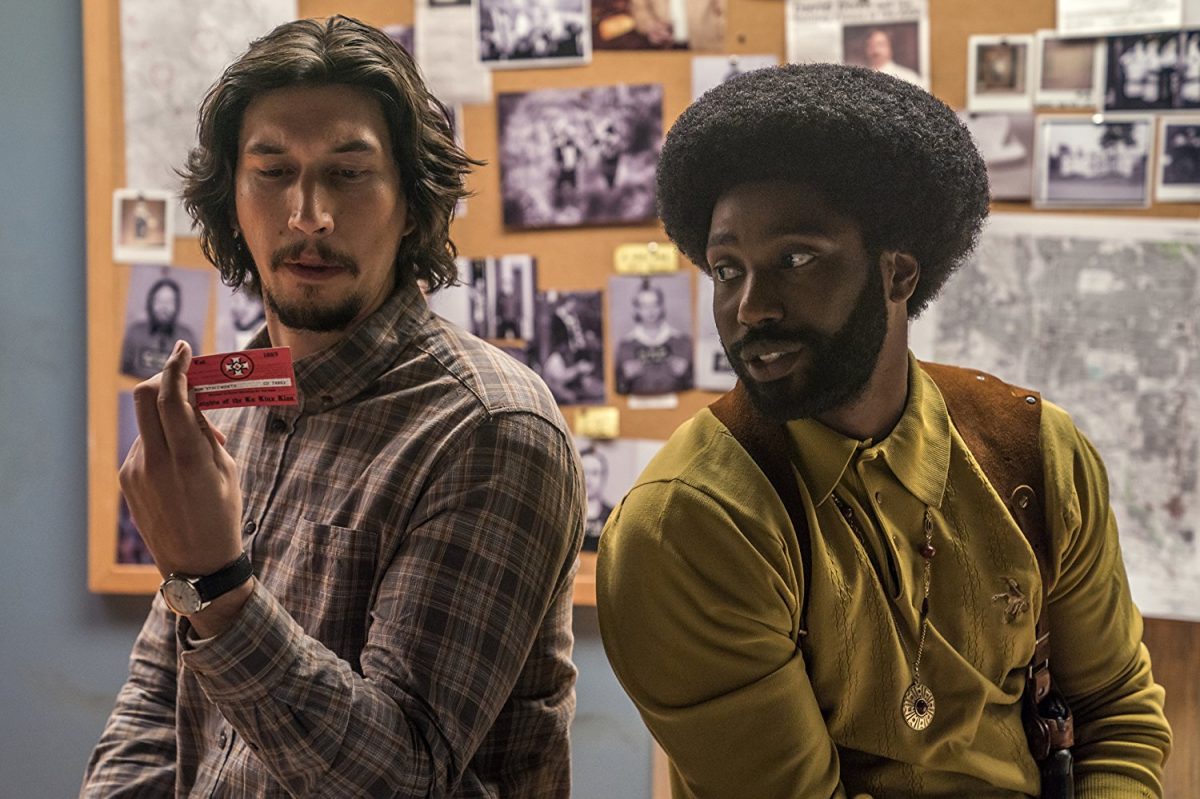 Spike Lee’s latest joint may be one of his most accessible movies since Inside Man, but don’t let yourself think for a moment that he’s playing it safe.

Based on the memoir by retired African-American police officer Ron Stallworth, the film BlacKkKlansman details his appointment as the first African-American police officer in Colorado Springs, followed by his infiltration of the Ku Klux Klan. Stallworth is played by former football player John David Washington, and his partner, Detective Flip Zimmerman, is played by Kylo Ren himself, Adam Driver. Stallworth provides the over-the-phone voice of their undercover persona, and Zimmerman provides the white body who goes to meet with the Klan.

While undercover, Stallworth meets a woman in the black student union, named Patrice Dumas and played by Spider-Man: Homecoming‘s Laura Harrier, who is anti-police and pro-black liberation. The Klan makes her a target for bringing black leaders like Kwame Ture (Stokely Carmichael) to campus and “riling up” good black people in the area. The cast is rounded out by Topher Grace playing Klan Grand Wizard David Duke and Jasper Pääkkönen as the unstable Felix Kendrickson, who is suspicious of Zimmerman/Stallworth and provides plenty of anti-Semitic rhetoric, along with Ashlie Atkinson as Connie Kendrickson, the Serena Joy of the group, desperate to do her part for the white cause, and Ryan Eggold as Walter Breachway, the head of the Colorado Springs Klan chapter.

Despite Lee’s mixed filmography, there is no denying his vision, style, and voice when he has something powerful to say. BlacKkKlansman benefits from a solid cast and a script (written by Charlie Wachtel, David Rabinowitz, Kevin Willmott, and Lee himself) that has a good mixture of comedic and dramatic moments that keep the movie from dragging despite its 2-hour-plus run time.

There are moments when Lee pauses to show a speech being delivered and the cinematography slows down, but once it gets moving, it doesn’t stop. Driver really acts his flannel off in this movie, playing Zimmerman/White Ron and exploring his own conflicts with passing as a man who is ethnically Jewish, but is culturally detached from that background (never even had a bar mitzvah) and now suddenly comes face-to-face with people who view him as an “other,” to be eliminated.

Patrice is an interesting character on paper, and I’m glad that Lee put black female leadership at the forefront of the story, but her romance with Stallworth is tepid at best. The two have little chemistry, and their relationship more becomes a place to argue about blackness and which is the best way to combat racism (from within the system or outside of it) that never gets resolved in a meaningful way, nor does Patrice’s side of the argument really get its due.

I didn’t go to a private screening, so I saw this film in “mixed company,” and it’s always funny to see what parts of such a film gets laughs and responses from which parts of the audience. There were a few moments where I, and the only other black person, behind me, laughed while the majority white audience was deadpan. There’s one moment when Patrice starts chanting, “UNGAWA, Black Power,” and we both broke into laughter at it—I’m assuming because we were both thinking of the Chappelle’s Show “Race Draft” sketch (the word also has a very weird history in both media and black activism).

Still, as the film ended, there was a sobering moment in which the whole room was aware of why Spike Lee decided to tell this story now, because where BlacKkKlansman hit the mark hardest for me was in making it very clear that all the jokes, comedic moments, and the absurd truth of this story do not erase the actual terror of the Ku Klux Klan.

Depictions of the KKK in media in the modern world are mostly comedic. I remember very much seeing them in Quentin Tarantino’s Django Unchained as backward people who couldn’t even see through their sheets. The jokes about their costumes have done a lot of work of making the Klan seem like a joke, but the reality of the Klan, and white nationalist groups like them, is that they’re terrorist groups that use fear and feigned “rational” arguments to dehumanize human beings. The Klan, during its second incarnation, had millions of members, both in everyday life and in government, the police force, and other institutions of power.

At the height of its power, the Klan terrorized American citizens on American soil through violence, especially lynching men, while women and children were often burned, castrated, shot, stabbed, and beheaded, pieces of their bodies saved as trophies, and pictures of the events turned into postcards.

It wasn’t until 1981 that the last known Klan-affiliated lynching happened, with the murder of Michael Donald in Mobile, Alabama. Despite all the strides that people have made to stop white hate groups, they have continued. You can mock their robes, their broken ideology, and the ridiculousness of what they say, but it doesn’t completely strip away their power. It doesn’t make them not dangerous.

BlacKkKlansman gives you a story you can enjoy, but if you leave it without the sober realization of the lack of progress we have made as a nation in terms of dealing with hate, then you really just haven’t been paying attention.