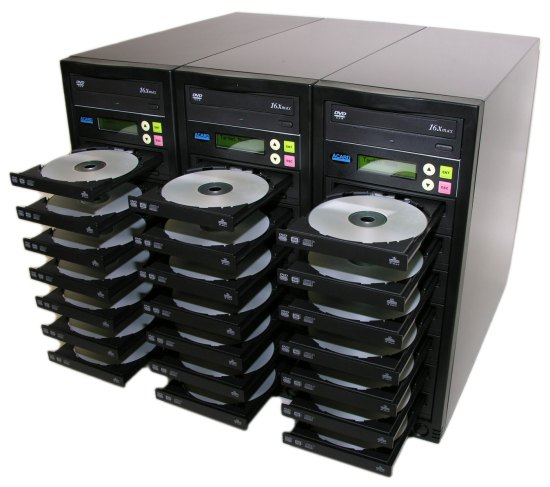 When you think of pirates and bootleggers, there’s typically two places your mind might go: Punk kids, or vast organizations of bootleggers, all with thick accents. Hyman Strachman is neither of those, instead, he is a 92-year-old World War II veteran. He is however, probably one of the worlds foremost bootleggers. For eight years, Stachman has been running a pretty impressive bootlegging operation from his apartment, copying thousands of first-run movies, and sending them to U.S. troops overseas. Hardly some punk kid.

Over the course of his bootlegging career, Strachman went from burning the DVDs on his own personal computer to purchasing a $400 rig that would let him copy 7 at a time. Amusingly enough, Strachman does not actually torrent or download the films himself or anything, but rather buys them from a local bootlegger, and then proceeds to bootleg said bootlegs. Though his methods may seem a little roundabout, his record is impressive; he’s sent at least 4,000 boxes of DVDs, free of charge, to soldiers in Iraq and Afghanistan.

“It’s not the right thing to do, but I did it,” Mr. Strachman said, acknowledging that his actions violated copyright law. “If I were younger,” he added, “maybe I’d be spending time in the hoosegow.”

Aside from being a heartwarming story, Stachman’s little operation also casts some light on an oft-ignored motive for piracy: lack of availability. Much more common in countries besides the United States that often have to wait for releases, lack of availablity issues tend to be brushed over by rightsholders who think potential customers should wait, not pirate. These guys in the Armed Forces don’t have much of a choice. Granted, in this case it’s piracy by proxy, but with some kind of legitimate program in place, perhaps it could have been purchase by proxy.

All that aside, while Strachman surely is no friend to Hollywood, at least in their eyes, he definitely has been to countless troops, and to all of us really. Would you really want someone who hasn’t gotten a chance to see The Hangover fighting on behalf of the United States? Of course you wouldn’t. That’s just not fair to anyone involved.