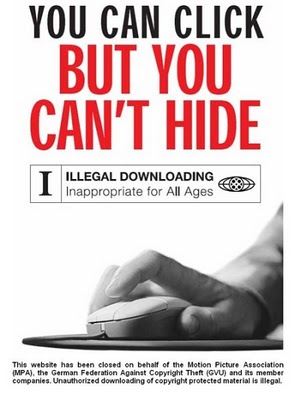 Ever since what seems like the beginning of time, or at least the beginning of widespread digital piracy, groups like the RIAA and MPAA have been projecting their losses by assuming that every illegal download was actually a legitimate purchase lost. While the problems behind that logic may be clear to you or me, the fallacy persists in a lot of anti-piracy arguments. A new study, Reel Piracy: The Effect of Online Film Piracy on International Box Office Sales, has shown that BitTorrent has not had any actual effect on U.S. box office earnings and that a large percentage of losses due to piracy abroad may, in fact, be the movie industry’s own fault.

According to the study, the factor with the largest impact on piracy is the delay between U.S. and international releases of films. Because of the delay in international releases, often the only way to get a film may be to pirate or wait. Given that choice, anyone who doesn’t want to wait has to turn to piracy whereas if a legitimate venue of purchase was available, at least some of that revenue could be retained.  The study estimates that if this pre-release piracy binge were eliminated — by releasing earlier, or simultaneously with the U.S. — overall losses could be reduced by 7%.

Furthermore, the study finds that the rise of BitTorrent has had no material impact on the U.S. box office revenue; U.S. box office revenue has not noticeably decreased. Considering the fact that international piracy seems to be caused primarily by unavailability, this would make sense; in the U.S., there is always a legal option at the get go. So how can all this piracy be happening, but not affecting revenue? Consider one of the oft neglected laws of piracy: Lots of people will only be interested in your stuff if it’s free.

Here’s a little cobbled-together, circumstantial evidence to back this up. Are you surprised to hear that Pirates of the Caribbean: At World’s End is the 10th top torrented movie of all time? Or that Green Lantern and Fast and Furious 5 took home numbers 15 and 25 (respectively) on the top searches of 2011 at a top-five torrent site? Why are these mediocre films hitting so high? Because they’re the kind of movies a lot people will watch only if they’re free.

Now none of this is to say that piracy still isn’t an issue of some sort, but rather it’s to say that it may not be as big a deal as the MPAA and RIAA would have you believe. Beyond that, the study’s real contribution is that it supports the idea that piracy is less a legal problem and more of a distribution problem. Maybe instead of making piracy harder (difficult, probably impossible) the movie industry should be focusing on making legitimate copies of films easier to buy and maybe better than the pirated versions somehow (less difficult).