Thank You, Bojack Horseman, for … Well, Not Being Philbert 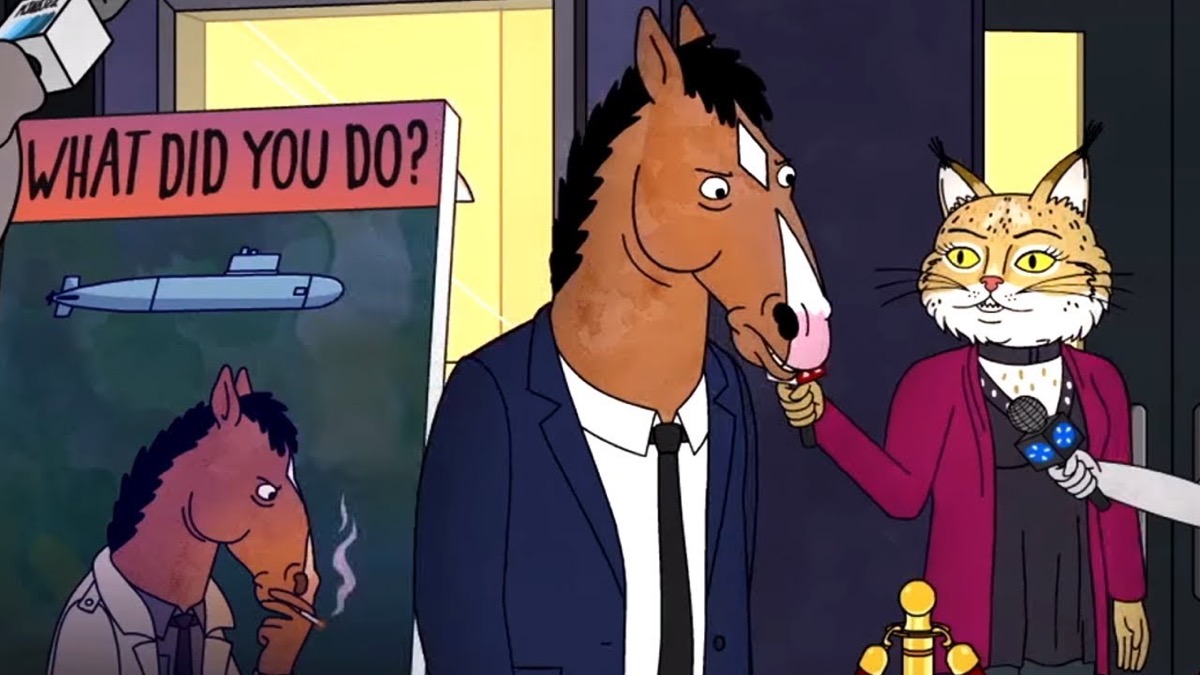 **Spoilers ahead for Bojack Horseman.**

Bojack Horseman ended on January 31. The eight-episode back half of its sixth season sees Bojack belatedly take responsibility for his actions. This comes after many years of us watching him act like a schmuck and largely get away with it. The world finds out that he ruined and ended Sarah Lynn’s life and completely casts him out. He’s suffered consequences before, but never like this.

Usually, this kind of show can be tiresome. A show about a sad angry man who hurts everyone around him, but he feels guilty about it afterwards, so you’re supposed to find him interesting? Oh no, not again. And yet, Bojack works. What’s the difference? What’s the secret ingredient?

In a word: caring. The show doesn’t just revel in how sad Bojack is. It cares about how the other characters are hurt by his actions. A huge pivot point in the first season is the episode “Say Anything,” which follows Princess Carolyn as she deals with the consequences of Bojack’s tomfoolery. Up until that point, we’d been almost exclusively following Bojack. As creator Raphael Bob-Waksberg said to Rotten Tomatoes, Bojack “falls into some sort of wreckage and steps out and dusts himself off and wanders into the next misadventure. But we wanted to, through Princess Carolyn, explore: What is it like being another person in this person’s life?”

This continues all the way to the show’s ending. It’s not that there was anything exactly wrong with how Sarah Lynn’s death is handled in season 3. The weight of Bojack’s wrongdoing there is tremendous, and the show expects you to hold him accountable. At the same time, Bojack does just step out and dust himself off without personal consequences beyond his own (not-insignificant) grief. All of this is good, but Bojack is frequently smarter than it needs to be.

Season 6 sees a pair of investigative journalists dig up the Sarah Lynn story and reveal it to the world. Following a grueling interview, Bojack is finally faced with the consequences of his actions in a major way.

There are plenty of shows that wouldn’t have gone this route. Take Philbert, the fictional programme that Bojack stars in during season 5. Philbert is a clichéd anti-hero detective who hurts the people around him and is haunted by the maybe-literal ghost of his old partner, Fritz, who he shot in revenge for strangling his wife. It’s a straightforward parody of shows about sad angry men, remarkable mainly for the fact that it appears in a show about a sad angry man.

At the Philbert premiere, Bojack gives a speech where he praises the show. Everyone has a Philbert in their lives, he says, or they are a Philbert. They’ve all done terrible things they regret—but everyone is terrible, so it’s okay, he says. Bojack’s friend and Philbert cowriter Diane is shocked to hear this. For her, the whole point of the show is that you’re not supposed to want to be Philbert.

Diane is kind of right. The part we see her write is directly based on Bojack’s life and comes from a place of her being furious at him. The main writer is Flip McVicker, a greasy, incompetent weirdo. From what we see of Flip’s script and Flip talking about his ideas, it’s clear that he doesn’t have any ideas so specific as Philbert being good or bad. Instead, Philbert is important.

This aimless snobbery is what makes Philbert such a bad show. In deeming male angst to be interesting subject matter in and of itself, it leaves itself open to jerks like Bojack watching it and thinking, “He’s a bad person, but he’s kind of cool, so maybe that makes it okay that I’m a bad person.” That’s why Bojack has an entire season given over to Philbert: It’s the opposite of what it wants to be. It’s the boring mirror image against which the creators set their vision of a sad-angry-man show more deserving of your time. 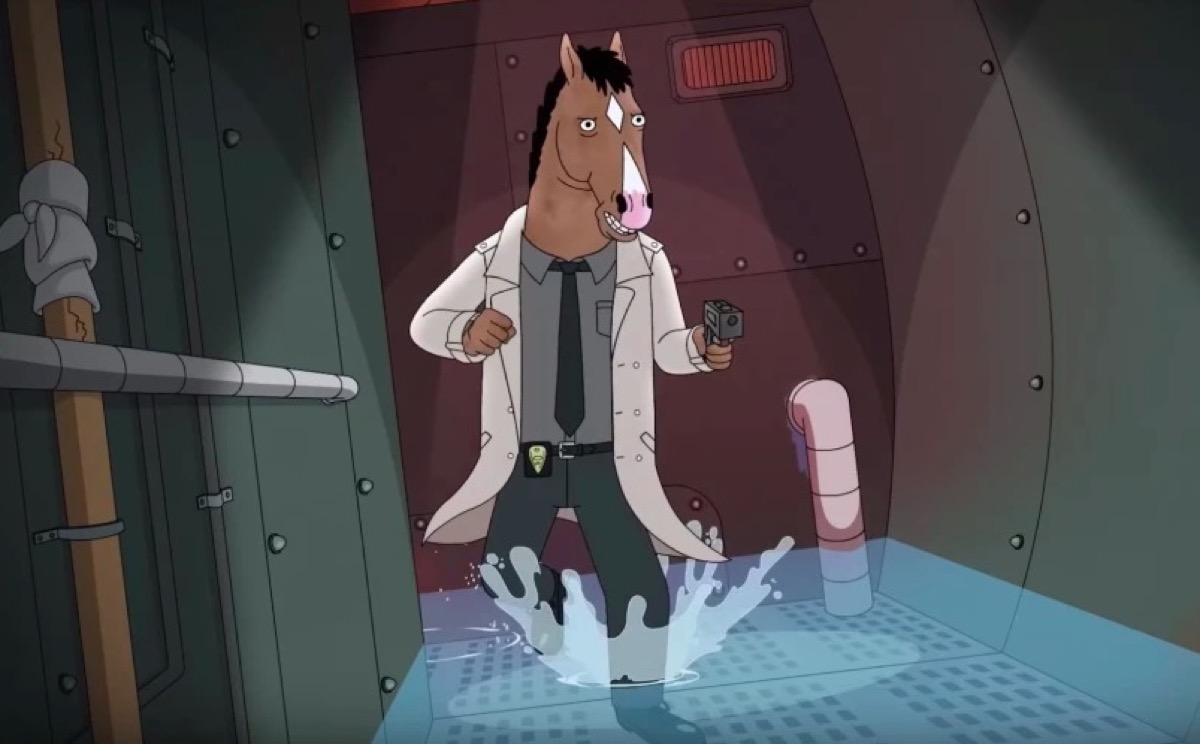 Even without the joke where a character describes the Philbert pilot as “a tight hour and 18 minutes,” it’s easy to draw a straight line from this to a certain brusque detective. I don’t dislike BBC’s Sherlock as much as some other critics do, but it spends a lot of its time in Philbert territory. Co-creators Mark Gatiss and Steven Moffat (everyone’s favorite) exaggerate the super-sleuth’s rudeness and make him into an anti-hero. They are not the first or last writers to do so, but they are the ones who most blatantly play cruelty for laughs.

There’s nothing about the basic building blocks of Sherlock that make it necessarily bad, just as there’s nothing about the blocks of Bojack that make it necessarily good. In fact, Sherlock has a couple of episodes that do better. “His Last Vow” sees narrative agency wrestled out of Sherlock’s hands and given over to Mary Morstan, a character neglected by Sherlock Holmes author Arthur Conan Doyle and most adaptations. While Mary impresses as a super-cool hitwoman, Sherlock’s detective cred takes a major hit: He gets every major call wrong. It truly is a tight hour and 18 minutes.

The subsequent Christmas special, as messy as it was, gave us a trip through Sherlock’s unconscious in the style of Bojack episodes like “The Show Stopper.” These shows really do share a lot of the same DNA. The success or failure relies upon, among other things, whether the show cares about other characters.

Let’s flip the script: Bojack has one episode where it threatens to be like Philbert. “Piece of Shit” is based on a device where we hear Bojack’s self-loathing internal monologue where he constantly berates himself and calls himself a piece of shit. In the context of the rest of the show, this works, but I’m always a little suspicious of fans who say it’s their favorite episode. Sure, it’s an interesting device, but it’s the show at its least dramatically interesting. It’s the sort of thing that encourages self-pity much more than self-reflection. In other words, it would be Bojack’s favorite episode.

Speaking of BBC crime shows about anti-heroes who hate themselves, Luther also sucks. This is evident not only in preposterous episodes—like the one about the mute twin serial killers who decide who/how to kill by rolling D20s—but also in how it writes women. The eponymous angst boy screams at his estranged wife, smashes a door to pieces in front of her in a temper tantrum, and gets violent with her new partner. His behavior is genuinely distressing to watch, especially if you have any experience with abusive relationships. This carries on until someone shoots the wife so Luther can be sad about it.

You get the picture. There’s no shortage of shows about angsty men. What there’s a real drought of is shows like Bojack—shows that play out the consequences of their toxic blunders for anyone around them. Imagine if shows like Sherlock and Luther spent more time with other characters in the fallout. Most other “adult” cartoons don’t even compare. I’ve griped enough about this elsewhere, but Rick and Morty would be vastly better if it had what Bojack has—and that’s before we even think about shows like Family Guy or South Park.

At the end of the day, we’re left with a difficult question: Is Bojack forgivable? 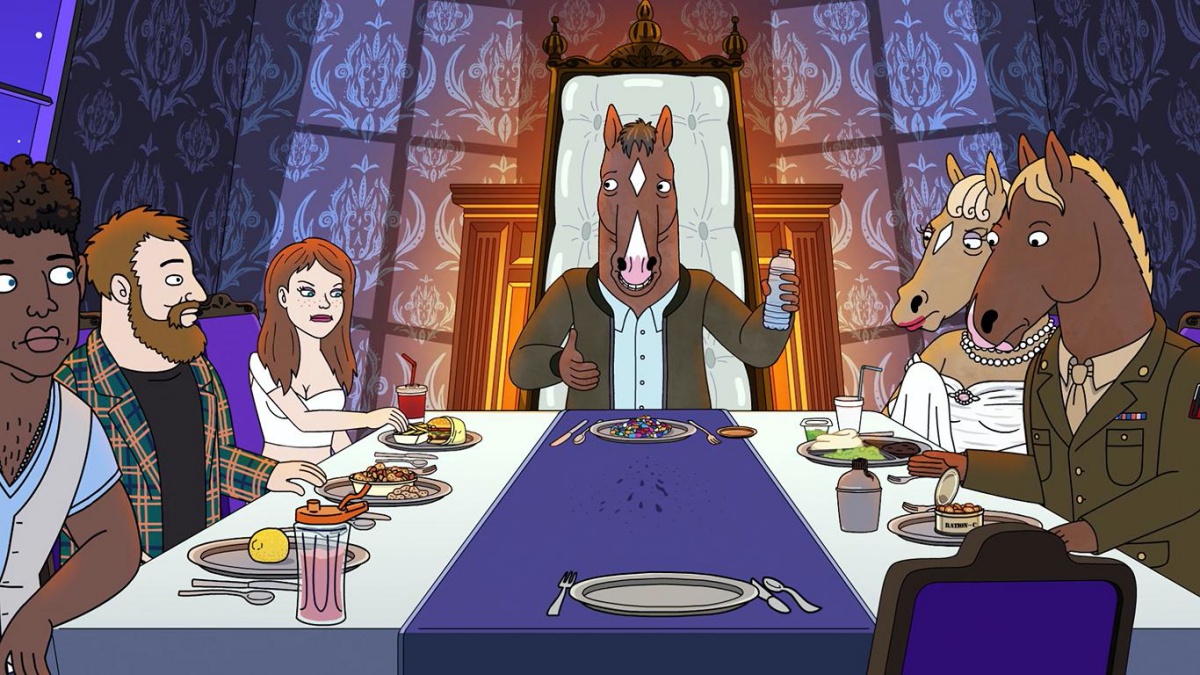 When the truth about Sarah Lynn comes out in season 6, it hurts more than it would have if the same thing happened in season 3 or 4. This is by design, to confront us with that difficult question. By the time his past catches up to him, Bojack has improved as a person. He has a good job at a university, and he treats people better.

Of course, it would be cowardly of the show to let Bojack get away with it, but watching his comeuppance play out at this point in his life is excruciating, especially when he attempts suicide but even in its final scene, the show holds him accountable for how thoughtless he was toward Diane in the moments before his suicide attempt. Always, the show remembers to think of people other than Bojack.

Is he forgivable? It’s up to you. Usually, this would be a problem, but here, it feels like the show is respecting the viewer’s intelligence. Bob-Waksberg says that “we are all deserving of forgiveness and redemption and grace, but we have to work for it. We’re not owed it … We are worthy of it, but maybe deserving is the wrong word.”