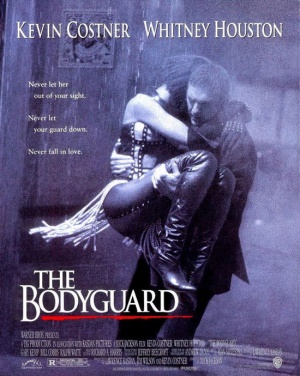 Remember how the price of Whitney Houston’s “The Ultimate Collection” nearly doubled within the hour following her death? Remember how it got knocked back down and there was just the slightest chance that it could have been unrelated to price-gouging since Sony gave a vaugely plausible story? Now, The Bodyguard, a film in which Houston starred, has been yanked off Netflix streaming. Why? Because the rightsholder (which is most likely Warner Bros.) saw that “there was an opportunity to make really a very large amount of money on the DVD sales of her movies.” No two ways about it.

The Bodyguard, a film from 1992, had been available on Netflix streaming up until her death, but suddenly, it isn’t any longer. It seems as if the rights were revoked shortly after her death but the matter has recently been receiving more attention following Kevin Costner’s speech at Houston’s funeral on Saturday. On discovering the film’s unavailability, more than one Netflix user left a venomous review, but Dan McDermott took the initiative to call Netfilx about it, uncovering the particularly ugly truth.

When McDermott got ahold of a Netflix representative, he was treated to the blunt explanation. He quotes the representative on Google+ as saying:

“Okay Dan, I just went and talked to my main supervisor as to why the movie had been pulled and the reason it was pulled was the production company pulled the streaming rights from us because all the publicity after Whitney Houston’s passing there was an opportunity to make really a very large amount of money on the DVD sales of her movies. So they’re going to pull all the streaming titles we have of Whitney Houston so they can make more money off the DVD sales of her movies.”

The emphasis is mine. You probably didn’t need it, but I couldn’t quite help myself. I think it’s pretty clear already, but it bears mentioning that this isn’t Netflix’s fault, and I respect them for being so upfront about it. That being said, if the whole “The Ultimate Collection” thing got you upset, now might be a good time to remember to take a deep breath.

The move, while unfortunately predictable as a business maneuver, is almost unbelievably bold in that they straight-up told Netflix “Yeah. We want some cash on this one.” Granted, it is their right to do what they did, but that doesn’t make it any less tasteless, manipulative, and flat-out disrespectful.

I’d also be remiss if I didn’t point out that this is an excellent illustration of why pirated copies of a thing should not be counted as a loss. There are plenty of people who would have watched The Bodyguard on Netflix had it still been there and many of them may proceed to pirate it; it would be insane to count those instances of piracy as losses like everyone was going to trot out to the store to pick up a DVD copy just because the rightsholder decided that the consumer was due for a good milking.

This kind of behavior shows the extent to which rightsholders care about money, not creative content or even basic decency. The fact that the manipulation centers around someone’s death just throws that much more salt into the wound. Just remember this the next time the MPAA complains that creators are getting screwed, even if they are, they certainly aren’t the only ones.

Update: Dan McDermott has posted a follow-up Google+ post addressing Netflix’s claims that reports of a removal in conjunction with Whitney Houston’s death are untrue. McDermott asserts that his quote from the Netflix representative is 100% accurate but that it’s become clear that The Bodyguard was removed from Netflix streaming as of January 1, 2012, prior to Houston’s death.