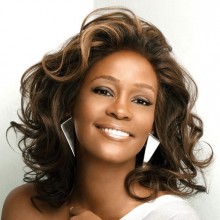 Iconic singer Whitney Houston was found dead, reportedly in a bathtub, at age 48 over the weekend. The sad news was confirmed by the Associated Press on Twitter with a tweet sent at 4:57 pm that said Houston’s publicist confirmed the death. Interestingly, the news was found in a tweet sent 27 minutes earlier from an account that, at the time, only had 14 followers. At the that time, the tweet was only retweeted once, compared to the Associated Press’ tweet, which was retweeted over 10,000 times. However, news then came to light that yet another small Twitter account reported the news first, 15 minutes before the first small account.

Whether or not @chilemasgrande or @AjaDiorNavy reported the news first, they are both smaller Twitter accounts that reported high profile news before any kind of news outlet. Though the tweet from @chilemasgrande didn’t exactly make the rounds due to the account being so small, the fact that a non-news account with such a small following reported the news before an actual news outlet speaks to the power of Twitter.

News of Houston’s death spread quickly over the 140-character network, with 2.5 million tweets and retweets happening during the first hour the news broke, reaching 1,000 tweets per second. For comparison, the tweets-per-second record is sitting at 25,088. At 5:23 pm, slightly less than a half hour after the Associated Press confirmed the news with its tweet, the news on Twitter peaked with 61,227 tweets that minute.

Generally seen as more of a force in the sports world, being used as a platform in which athletes break news about themselves before sports journalists get the chance, seemingly two small accounts breaking high profile news of a tragic celebrity death lend credence to the fact that Twitter is becoming a force in news delivery, even if said delivery can only happen in 140 characters or less. Aside from letting people know what you had for lunch or how mad you are at whatever television show is currently airing, Twitter seems on track to become a legitimate news delivery platform, albeit for people who only really care to know that something happened, rather than the details involved.