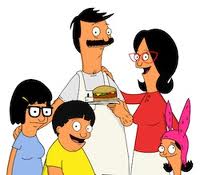 I haven’t yet caught the new FOX show Bob’s Burgers, but my respect for the show went up a notch after reading TorrentFreak’s report on how a person who says he is one of the show’s animators is actively seeding torrents of the show on private torrent site Demonoid. The show had strong debut ratings, and it’s like the only show in FOX’s animated lineup that isn’t created by Seth McFarlane, but as a new series, its future success is hardly assured, and a good number of people still aren’t familiar with it. Making it available to the torrent community seems like the kind of progressive, Internet-embracing promotional strategy that big content creators are often too chary to try. (No word on whether FOX is officially behind the animator’s actions, though there’s a good chance they aren’t.)

Nice to hear that people liked the show, I’m an animator on it so it’s nice to hear something positive from all the negative I’ve been hearing about! I’m going to keep seeding to support my show … There are 13 eps for the show coming out, they’ve been well received by the everyone at the studio so far so we’re hoping everything will turn out and it’ll gain more of an audience as it goes.