Boba Fett Serves You Coffee At The Disney Starbucks 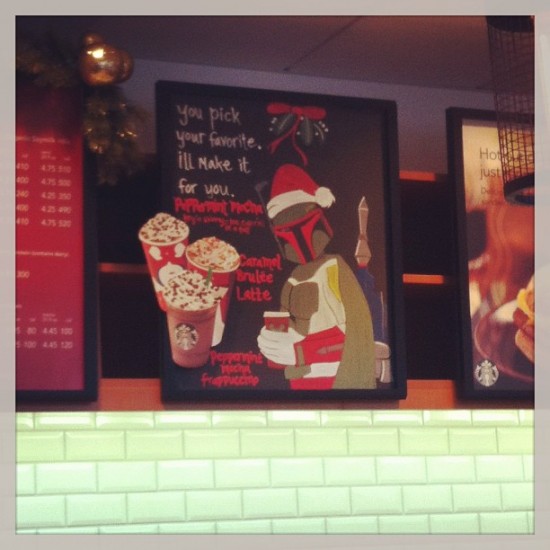 Starwarsbucks? Yes, this is exactly the kind of nightmare you had when you heard about Disney buying LucasFilm. It’s ok though, Boba Fett is just using this as an undercover opportunity.