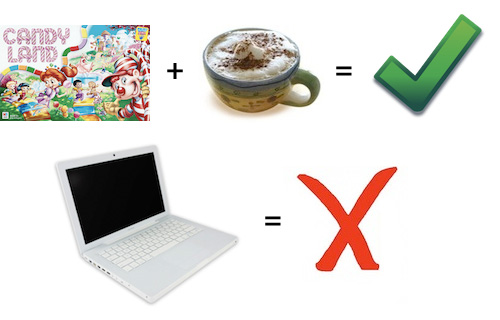 Snakes and Lattes, a Toronto café, combines board games, sippy drinks and a relaxing atmosphere. Oh, it also supports practices that many people strived to overcome throughout history. Just, you know, against modern technology.

The puntastic café, owned by Ben Castanie and Aurelia Peynet, opened yesterday in Toronto’s Koreatown with a couple gimmicks.Firstly, it has over 1,500 board games available for use: 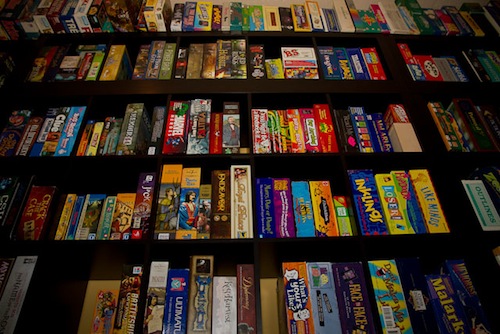 Secondly, it doesn’t offer free WiFi like most modern cafés, nor does it allow customers to bring their laptops. “I just don’t want people staring at their screens,” says Ben Castanie. He seemingly doesn’t want increased profits as well, considering he’s segregating a huge portion of a café’s general population. When was the last time a café wasn’t filled with people working on laptops, or simply browsing the internet in a more social atmosphere than their living room?

While the availability of fun is not in question (over 1,500 board games!), Castanie makes no mention of other, more vital technology, for example, how does he feel about phones? With modern phone technology, it seems just about everyone is staring at their phone’s pretty screen, occupied by mobile applications.

Another rule with its pros and cons is Castanie’s policy that separate smaller groups will be forced to combine into larger groups. “A game is not meant to be [played by] two,” is his reasoning. “So you know what? If there’s two groups, well then, we’ll just make them play together, right?” Sorry, couples going out for a romantic board game date (an idea which, now mentioned, will hopefully take the world by storm): No alone time for you.