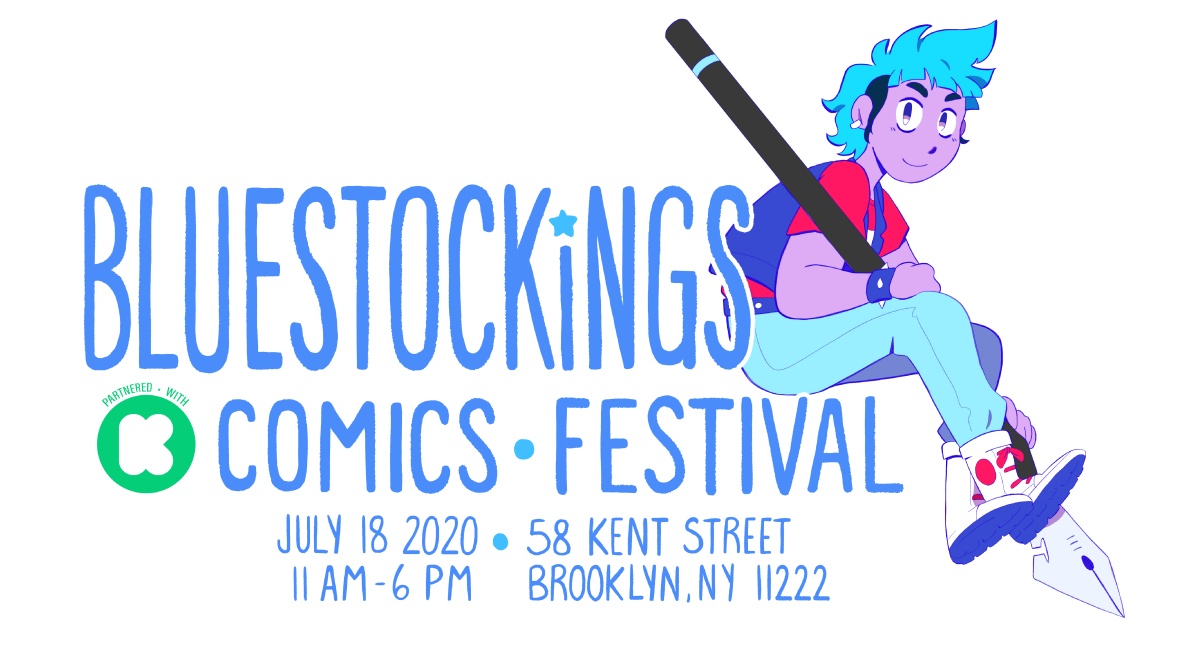 Bluestockings, the radical feminist bookstore in New York, has teamed up with Kickstarter to put on a Comic Book festival that aims to celebrate and showcase comics by queer and trans creators.

Kickstarter will host the event at their Greenpoint, Brooklyn headquarters on Saturday, July 18. It will be free and open to the public from 11AM to 6PM. According to the press release, the fest will “include panels and professional development workshops, as well as a wide range of exhibitors. Unlike other comics events and conferences, Kickstarter and Bluestockings Comics will not be charging a table fee, ensuring creators will have the opportunity to maximize their earnings.” That will allow a lot of people who don’t often have the financial ability to be at conventions an opportunity.

“Too often, the arts are a pay to play game,” said Camilla Zhang, Comics Outreach Lead at Kickstarter. “Making a living as an artist is hard enough, and when you’re exhibiting at a convention or festival, you have to hustle to make enough sales to break even on table fees, along with food, lodging, and travel costs. That’s why we decided to cover all the table fees—in total $2,000 to Bluestockings— as well as providing lunch for vendors and staff, and offering stipends to workshop leaders.”

Bluestockings is a volunteer-powered place that works hard to keep its doors open in order to provide a safe haven for radical people in the City.

“This is truly a unique partnership, because comics conventions are normally run by a single organization whose entire business model runs on conventions,” said Joan Dark, Events Coordinator at Bluestockings. “Since Bluestockings and Kickstarter work to uplift creators and support marginalized communities, the fest is a natural extension of wanting to do as much as we can to directly support queer and trans comics artists.”

The festival is primarily looking to showcase marginalized creators as a whole who are excluded for one reason or another from popular narratives.

Creators can apply here. Applications close at midnight EST on Sunday, February 28. Workshop and panel applications can be found here and will close at midnight EST on Sunday, March 8. Stipends will be offered to workshop leaders. “All applications will go through a curation process overseen by Bluestockings volunteers and Kickstarter representatives, with a focus on black and brown creators and folx working to highlight social justice issues.”

We love everything about this.

Let’s hear it for the (almost) weekend!