Blanket Inducted Into The Toy Hall Of Fame 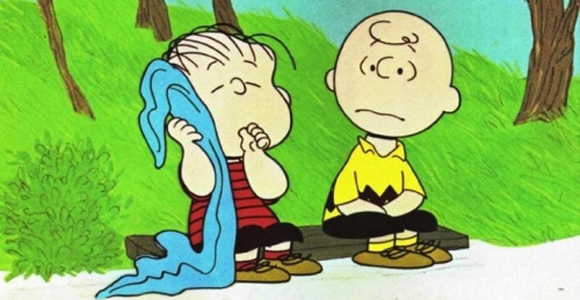 Somewhere, Linus is saying, “I told you so.” The National Toy Hall Of Fame (yup, that’s a real thing) recently inducted a few more childish treasures into their ranks at The Strong National Museum of Play in New York and Linus’ favorite appendage was one of the items chosen. Two other toys were also given the coveted spots. Hit the jump to find out what they were and why the blanket is considered a toy.

Hot Wheels and the dollhouse were the other children’s favorites added to The Strong this week alongside 46 classics already there. Items like the bicycle, kite, teddy bear, Barbie, Jack-in-the-Box and Mr. Potato Head can also be seen at the museum.

According to a press release, “Curators said the blanket was a special addition in the spirit of two earlier inductees, the cardboard box and the stick. They praised its ability to serve either as recreational raw material or an accessory transformed in myriad ways by a child’s daydreams.” This has certainly been proved time and time again by Linus in Peanuts.

“Every now and again we like to shake things up, remind folks there’s play experiences that happen purely creatively…rather than coming with rules, a path, a backstory you feel constrained into,” said Christopher Bensch, the Rochester museum’s chief curator. “Blankets have been keeping people warm for centuries, but they’ve also been heating up kids’ imaginations,” serving as magic carpets and superhero capes, a peek-a-boo veil, a chair-draped fortress or “an island of safety surrounded by sea monsters.”

So how does any toy make it into the museum? (For those toys with grand hopes.) “Longevity is a key criterion for getting into the 13-year-old hall, which was acquired in 2002 from A.C. Gilbert’s Discovery Village in Salem, Ore. Each toy must be widely recognized, foster learning, creativity or discovery through play, and endure in popularity over generations.

Among this year’s finalists were the pogo stick, Jenga, the puppet, Star Wars action figures, the Rubik’s cube and Twister. Maybe next year, guys.