New Species Of Marsupials Has Sex For Hours and then Dies

One night in Boom City 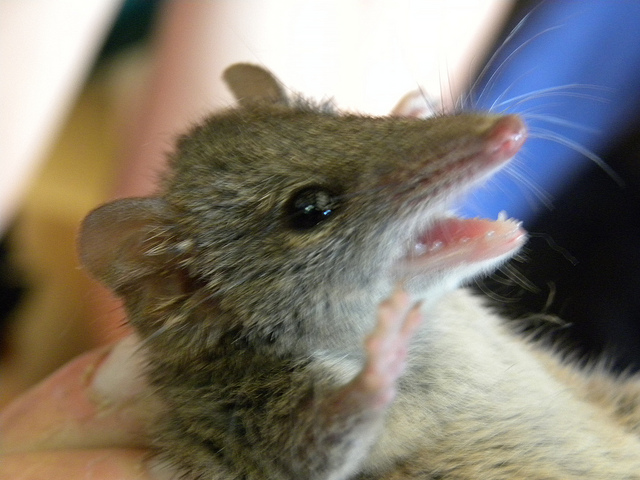 Mammalogist Andrew Baker of Queensland University has previously discovered two marsupial members of the genus Antechinus (a non-sexy member of the family is pictured above) but finding new mammals is still rare–LiveScience  writes that only a few are found each year.

The black-tailed antechinus is receiving renown not just because marsupials are always weird and cute (see: kangaroos and anteaters) but also because their sex lives are apparently, like, epic.

The female black-tailed antechinus gives birth to a large brood of babies from different fathers, and the male of the species mates with various females for multiple hours at a time to increase their risk of siring sons. This sex marathon sends the male’s stress hormones soaring (I guess that’s a lot of mama marsupials to please) and eventually kills them. The females collect the sperm from their various dead male mates and then ovulate, allowing them to give birth to multiple half-siblings at the same time.

Baker and his colleagues are already applying for an endangered species position for the love-doomed marsupials. As Baker writes in Zootaxa,

The species is likely in low abundance. The Black-tailed Antechinus has plausibly been detrimentally affected by climate change in recent decades, and will be at further risk with increasing warming trends.

Basically, Baker is begging for the black-tailed males to be able to get their deadly rocks off just once, so that they may die from doing what they’re best at, rather than from climate change or human interference. Seems like a very worthy cause.

By the way, I’d totally marry a koala and kill the desert rat kangaroo–except, whoops, the rest of mankind got there before me. You know. ‘Cuz they’re extinct.