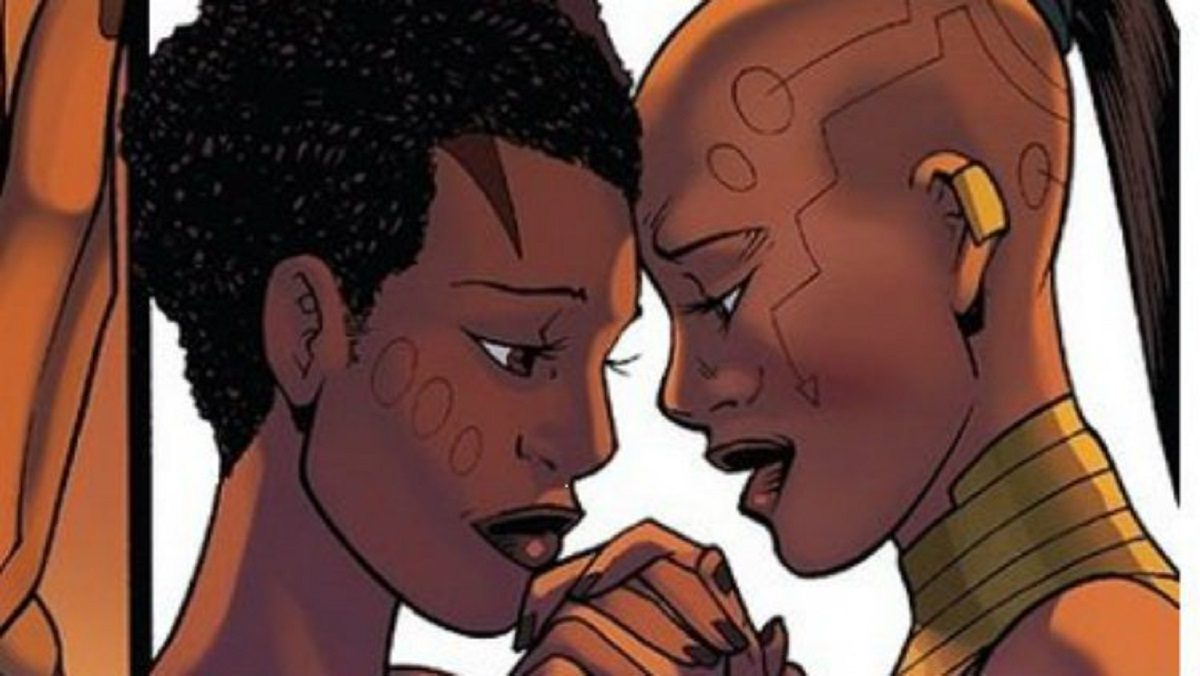 While it’s disappointing that companies like Marvel or Disney haven’t caught up to 2018 when it comes to the desire and need for inclusive storytelling in film (particularly films that are inclusive of the LGBTQIA community), it’s even more disappointing when they allow creators to go to all the trouble of being inclusive in the source material, only to very purposely not adapt those elements.

World of Wakanda takes the focus off of T’Challa a bit, and puts a greater focus on the country around him. At the heart of the story are two of his Dora Milaje, Ayo and Okoye, who have fallen in love, and question where their loyalties lie: to the throne, or to the Wakandan people. Their relationship is amazing in that!

And then we have the Black Panther film, and for all that it was great and respected the hell out of women (both in front of and behind the camera), it managed not only to cut any romantic interest between Danai Gurira’s Okoye and Florence Kasumba’s Ayo, but it made sure to give Okoye a male love interest for good measure.

Here’s hoping that this award inspires Marvel to get off its corporate ass and finally deliver, in filmed content form, a queer relationship that is at the forefront of the story. Most moviegoers are ready, and those who aren’t probably wouldn’t have gone to see your liberal trash for a million other reasons anyway.

Or they would just to hate-watch it and complain. Either way, being inclusive is smart business. Get on it!