The Thirst is Real 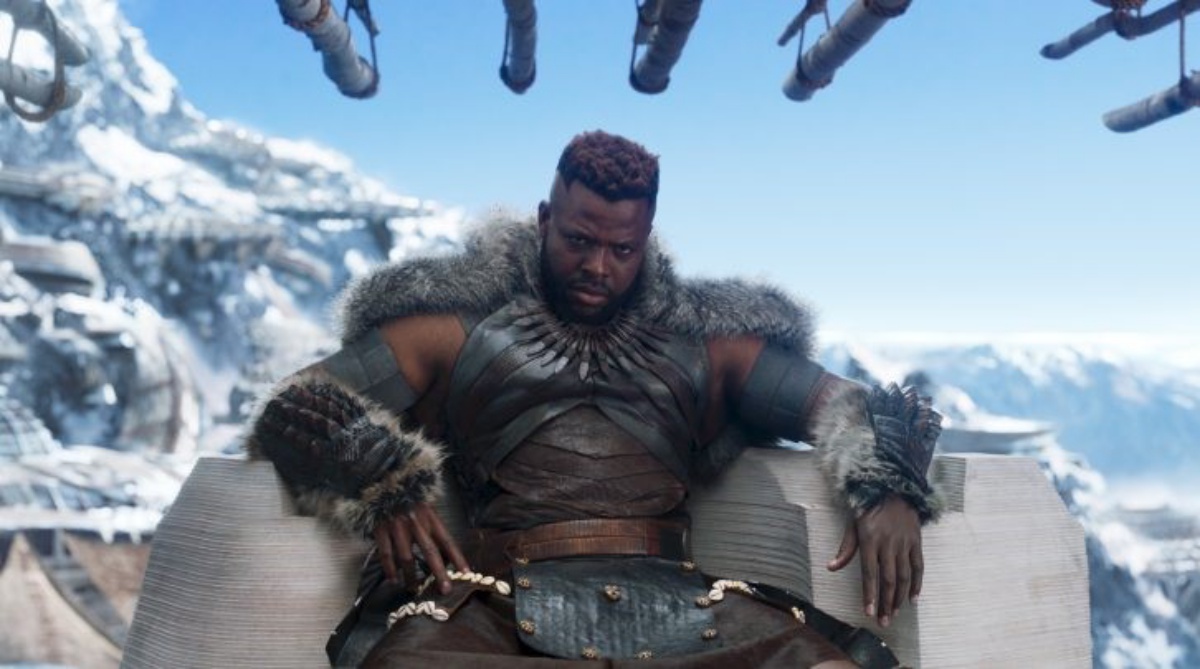 For those who finally got to see Black Panther this weekend, which according to the box office looks like everybody and their momma, they universally walked out with two surprise faves: Shuri and M’Baku.

While I came into this movie excited about every inch of it, M’Baku a.k.a Man-Ape in the comics has had a very messy and problematic history being written as the scary, angry, dark-skinned black man who wants Wakanda to be a primitive society that includes human sacrifice, because…this character was created by white authors in the late 1960s, and this was their idea of nuance.

However through the careful writing of Ryan Coogler and Joe Robert Cole, as well as the charismatic performance by Winston Duke, the film managed to make what could have been a messy character an undisputed fan favorite.

Or as fellow Mary Sue writer Marykate put it “Also M’Baku is based on like THE MOST PROBLEMATIC comics character, but because Coogler fucking trusted the actor and the screenwriter he became this amazing fan favorite. FUCK YOU, IRON FIST AND DOCTOR STRANGE. I don’t wanna hear shit about making the Asian martial arts characters white cuz otherwise it’d be problematic.”

Take note, when you want to adopt a product with problematic race issues, maybe involve people from that race/ethnicity to help handle it instead of making a million and one excuses as to why we should be happy that Tilda Swinton is playing a character who is Tibetan.

And we are so thankful for that, because M’Baku was everything and Winston Duke cannot be praised enough. Yes, he is obviously super-attractive, but looks do not make a role work on their own. The ability to go from intimidating to making an entire theater burst into laughter is a skill.

In addition to everything else, Black Panther managed to turn the dark-skinned angry black man from dated stereotype to human being that everyone loved. Happy Black History Month.

Also M’Baku will be returning in Infinity Wars! Ready for that Thor/M’Baku bonding today.

Thank you @Coveteur magazine for the wonderful piece and these great shots! pic.twitter.com/iGqQeRQzin

Winston Duke is a whole snack. Yall can have the Golden City. Catch me in the Jabari Lands. #BlackPanther #Mbaku pic.twitter.com/13hOM1fQ43

Has an appropriate amount of time passed since #BlackPanther to talk about how beautiful @Winston_Duke is? #MBaku pic.twitter.com/JH0AFpTw6o

@Winston_Duke can I just say thank you? #MBaku is officially my spirit guide. Excuse me while I go draw some M’Baku fan art 🏃🏃🏃 pic.twitter.com/MlExLjClGC

This man, y’all. Last night he was the only person I could look at when he shared the screen with others. 😍 #MBaku #BlackPanther pic.twitter.com/hOfPB3lmEE

“Are you done?” #MBaku #BlackPanther pic.twitter.com/6LzK9WMZzE

Who was your MCM from Black Panther? I mean there are so many to choose from. Our WCW is gonna be hard.