90% of Black Panther Cast is “Either African or African-American” 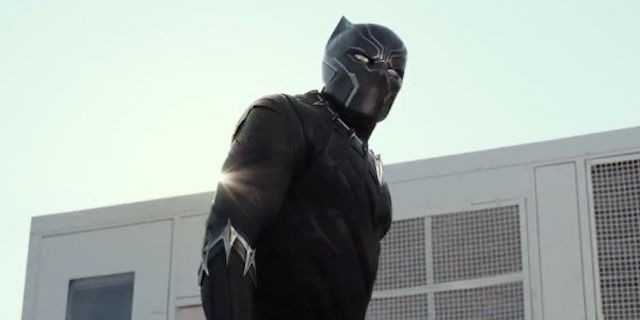 Personally, I can’t get enough of Black Panther. From the first moment I saw Chadwick Boseman on the screen in Captain America: Civil War–well, initially I made involuntary noises that I had absolutely no control over, but after that I was completely enthralled by the story of T’Challa, the young man who is unexpectedly thrust into the role of King of Wakanda and, shortly thereafter, caught up in the plot of Civil War (though those of you who’ve seen the movie know that he has entirely different reasons for doing so, as well as his own agenda for getting involved).

The audience at my screening seemed to agree–Black Panther was by far one of the characters who got the loudest cheers–so when it comes to learning any information about his upcoming solo movie, I imagine I’m in pretty big company. This week, we already found out that not only Lupita Nyong’o was in talks to join the cast of Black Panther–but also Michael B. Jordan, who had previously collaborated with BP‘s director Ryan Coogler on two projects, Creed (which I and our film reviewer Lesley Coffin both loved) and Fruitvale Station (which I clearly have to go and see now).

And it sounds like those fabulous casting decisions are just the first of many–Marvel Studios president Kevin Feige stopped by a recent episode of the Empire Film Podcast along with Captain America: Civil War directors the Russo Brothers to talk about the latest movie; eventually, the conversation turned to Black Panther, about which Feige had this to say:

That will be amongst the best ensembles we’ve ever had and 90% of the cast is either African or African-American. … It’s a step that Marvel took many years ago in the comics, as well. It felt like it’s more than time to do that in the movies.

This quote comes after Marvel’s having come under fire for many of its recent casting decisions in upcoming movies, including Tilda Swinton as Doctor Strange‘s Ancient One, which left some questioning why a character originally described in the source material as a “Tibetan mystic” was being portrayed by a white woman. Diversity in the film industry is a continuing topic of conversation, and while Hollywood still has a long way to go this recent news in regards to the Black Panther solo movie is, frankly, terrific and hopefully a sign of more good to come.