Where Did the Black Action Heroine Go? | The Mary Sue

Where Did the Black Action Heroine Go? 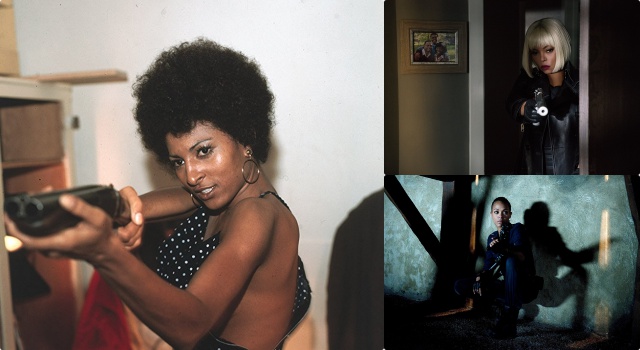 Taraji P. Henson’s Proud Mary arrives in theaters today, with Henson playing the titular Mary, a hitman for a crime family who goes through a moral crisis when her actions leave a young boy orphaned.

There has already been a lot of controversy about the lack of push from Sony in promoting their own product, but I have hope that social media will play a part in the movie doing fairly well, at least this weekend. If there is a good three-day weekend holiday to support a black female action movie, it’s Martin Luther King Jr. Day. As an action fan and a Friend of Taraji, I plan on supporting this film, but it also made me think about how we just have not had a lot of black female leads in action films.

We lack women of color overall in the genre when it comes to American-made films. The Fast and the Furious is one of the few franchises that have had co-leads that are women of color, the Marvel films have had Zoe Saldana in green as the alien warrior Gamora, and next month’s Black Panther will be a long-overdue infusion of women of color into the MCU movies. Still, why don’t we have more WOC of all races leading action films considering the first female action star was Pam Grier.

The importance of Pam Grier is well known in movie circles. Her films Foxy Brown, Coffy and the Tarantino film Jackie Brown cemented her legacy as one of the most important women to even brandish a gun in film. Still, the nature of her films, 70s blax/sexploitation, have reduced her and the value of what her stardom did in the eyes of some.

For those unaware, in the 70s there were these things called “exploitation films,” low-quality B-movies that were hyper-violent, sexual, and pushed hard against the boundaries of acceptability. There are sub-genres of exploitation films, and one of them was blaxploitation. Blaxploitation films were aimed at black audiences, featured African-American leads and often dealt with anti-establishment issues. These were the only kinds of films that offered a real chance at work for some black actors, as their storylines did not rely heavily on respectability politics. At the same time, because the characters were often pimps or drug dealers, some leaders in the African-American community found the films reductive, especially because the people often making these films were white people looking to make a buck.

Nevertheless, it provided an avenue for some good, some bad, and some great filmmaking. Everyone has heard of Shaft, Blacula, and Superfly, and while people may not know the plot of Foxy Brown it still has name recognition today. 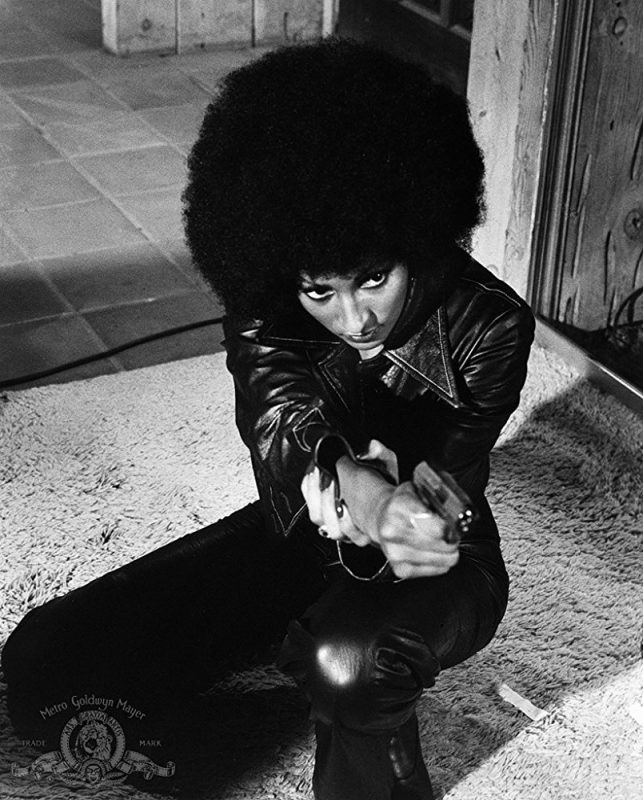 Pam Grier was the most popular of the female blaxploitation leads. Half because she was a sexy woman who had no problem baring it all, but also because she was truly a badass. Her performances in Coffy and Foxy Brown reminds me of the Tomb Raider film with Angelina Jolie, where the charisma of the lead combined with sexuality makes her deadly. Grier had the physicality that made her a believable fighter, and the fact that she was allowed to be seen as sexually attractive to both white and black men was subversive at the time.

Since Grier, we have seen Hollywood using the same handful of women of color in action roles. You need a Latina star, get Michelle Rodriguez. An Asian star? Lucy Liu or Michelle Yeoh, depending on the age of the character. Right now the black action star of choice is Afro-Latina actress Zoe Saldana, who in addition to Gamora in Guardians was also in the 2011 French action film by Luc Besson, Colombiana, and The Losers, an adaptation of the Vertigo comic series. 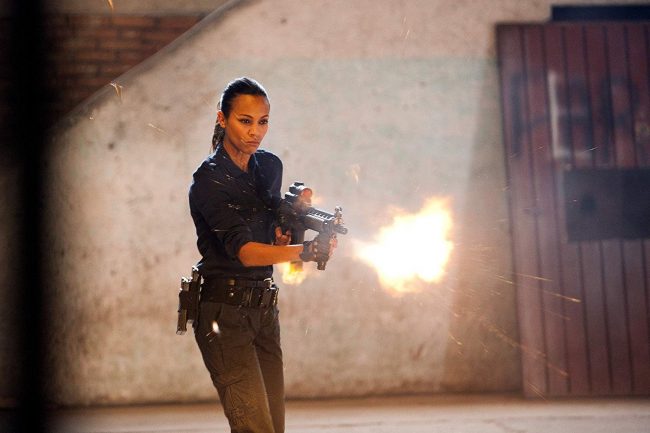 Films still have an issue with defaulting to whiteness when it comes to casting, even though in many cases there is no reason for the race of a character to play a role anyway. A lot of times the excuse is given that the best actress for the role gets the part, but how much of a chance are all these women getting?

Not to mention the fact that, on the smaller screen, women of color have been slowly gaining more roles that are showing their versatility. Thandie Newton didn’t just become a bad ass in Westworld she has been that good for a long time. The problem is that we still believe that the “default” needs to be white when the reality is that it matters less and less to people—well, reasonable people.

The Guardian posted an article yesterday written by Todd Boyd who says that the blaxploitation genre is fit for a reboot, this time with black people both in front of the camera and behind it.

But perhaps what is most analogous between the early 70s and the present is the way in which blaxploitation films then were like the urban precursor to superhero films today. Though they were set in an urban milieu represented as real, the universe of these films was an especially fictional landscape.

The characters were cool, confident, physically dominant and defiantly anti-establishment, possessing “superpowers” often directly connected to their blackness, which allowed them to see through the bullshit of American life, while simultaneously using everything available to them in waging war against the evils of white supremacy. Black audiences in the 1970s awaited the next empowered blaxploitation film the way that contemporary audiences now anticipate the release of Black Panther. The trailer for this month’s Proud Mary looks as though it is a mash-up of both blaxploitation and superhero films.

Hell, an argument can be made that something like Get Out is a reboot of the blaxploitation genre. We are looking to increase the roles and places for women in Hollywood and that must include expanding the roles meant for women of color in all places. The next time people are looking to reboot Charlie’s Angels, maybe this time don’t just have one token minority woman and make all of the Angels women of color. And hire Ava DuVernay, Angela Robinson, or Dee Rees to direct. Just a thought.