Proud Mary Stars One of Television’s Biggest Stars, yet Sony Isn’t Promoting It 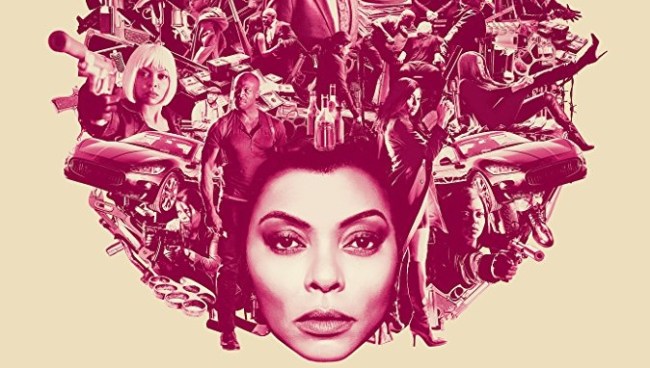 Taraji P. Henson has had a long career, one that has included Academy Award, SAG Award, and Critics Choice Award nominations. She’s a Golden Globe Winner, a SAG winner and due to her role as Cookie Lyon on Empire she has become a household name. Yet, her action film Proud Mary, which she is starring in and producing,  has gotten very little marketing from Sony, something Black Twitter has been very loudly aware of.

Reminder: #ProudMary starring Taraji P. Henson hits theatres JANUARY 12th. One of the best ways to get Black women and WOC more opportunities to lead Hollywood films, is if we actually show up when they do. #ProudMaryMovie pic.twitter.com/4OiGNJXZbJ

The only movie I saw the Proud Mary trailer in was Girls Trip and since then I knew I wanted to see it. Yet, in subsequent films I’ve seen far more trailers for Justice League to the point where Jason Mamoa’s cries of “YEAH!” and “MY MAN!” are eternally etched in my brain.

The Daily Beast brought up that Proud Mary drops in theaters this Friday, but “social media has been flooded not with excitement for the film but confusion as to why it’s not being pushed harder.” There is no advanced screening for the film for critics so anyone who interviews with Taraji “will have to remain vague as it’s a little hard to discuss a film that you haven’t seen yet with an actress.”

It is unclear if this lack of promotion has to do with the movie being bad or execs having little faith in the film’s ability to do well. The film apparently cost $14 million dollars to make and it’s main competition this weekend with be The Commuter and Paddington 2.

Look, if the film is bad there is nothing to be done about it, except promote the film to the audience you want to see it, which is a largely black audience. People of all races enjoy bad, fun movies and this film stars one of the biggest television stars out right now with Taraji and also stars black action legend Danny Glover as well as How to Get Away With Murder hunk Billy Brown.

If even a trash film like Boo2!A Medea Halloween can make $48 million with a budget of $20 million and an approval score of 6%, then there is no reason Proud Mary can’t make those numbers when it has better actors and at least looks like a fun action flick.

Proud Mary’s success would be a good thing not just for Sony, but in terms of showcasing a broader range of roles for women of color. Despite Pam Grier really being the first American female action film star, black female actors don’t often get cast in those roles, and there tends to be an age “cut-off” for all female actors as to when they can play roles those films. Taraji, at 47-years-old, is still in her prime, but she is still older than most female action stars and five years older than Charlize Theron who was 42 in Atomic Blonde.

In an interview with The Hollywood Reporter Henson laid into that double standard of not just age and gender, but the expectation that black shows don’t sell overseas.

“When women get older in this business, they tend to send us out to pastures; meanwhile, you have Liam Neeson, however old he is, still kicking ass in Taken and Denzel Washington, who, at any given drop of a dime, will do an action film,” says star Taraji P. Henson, who is more than a decade younger than both of those male actors. “Fuck that. If men can do it, why can’t we? I feel like women get better as we age. Give us the same chances as you give men.”

“[Studios] never expect [black films] to do well overseas,” she says. “Meanwhile, you go overseas and what do you see? People trying to look like African-Americans with Afros and dressing in hip-hop fashions. To say that black culture doesn’t sell well overseas, that’s a lie. Somebody just doesn’t want to do their job and promote the film overseas. Do you not have people streaming my Christmas specials in Australia? Come on, y’all! I don’t understand the thinking. Send me over there, and if it fails, then we don’t do it again, but why not try? If I knew this movie was gonna make money domestically, I would try to get more money overseas. It’s business!”

This type of thinking from studio executives is one of the biggest hindrances to getting black films made even today. No matter often they do well, people are always surprised by it. Back in 2013, people were shook that The Best Man Holiday bested Thor: The Dark World at the box office opening day and then held the second spot that weekend, which has the same director as Girls Trip, Malcolm D. Lee cousin of Spike Lee.

Henson, however, has high hopes for Proud Mary, domestically and internationally. “I don’t even sweat my movies opening in the States anymore; I know they will. I’m not even trippin’ off of domestic success anymore, and that’s not even me being conceited,” Henson explains. “They weren’t even gonna sell Empire overseas — you know what forced them to sell it? The people, because they were streaming it illegally. Then [studio executives] go, ‘We can make some money,’ and all of a sudden they want to sell the show [internationally]. What? You don’t even expect us to do well.”

Executives continue to sleep on black audiences, even as we remain one of the most reliable audiences for their films. Who do you think was coming out in droves to see those terrible Paranormal Activity movies? Proud Mary could be an easy hit for Sony, quality of the film aside, but if people don’t know it exists then there is no chance. So go give Proud Mary a shot if you can only see one film this Friday.

Plus, doesn’t everyone have MoviePass now anyway? No excuses.

(via The Daily Beast, image: Sony)