Will The Breaking Bad Opera Actually Have a “Bitch Aria?” 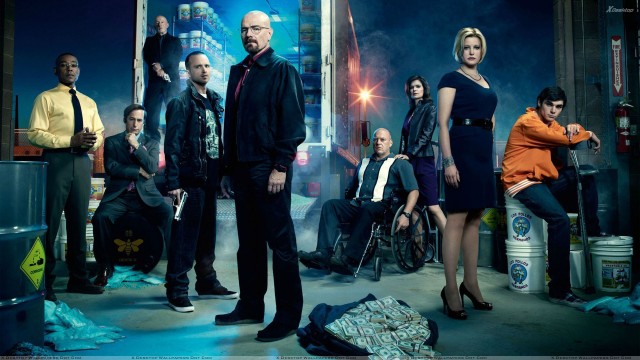 When One World Symphony announced their plan to create and stage a Breaking Bad opera, the Internet was naturally abuzz with jokes. Of course, the one that showed up in the most headlines was whether or not there’d be a bitch-laden aria for Jesse Pinkman. According to the composer — yes. Yes, there will be.

Sung Jin Hong, the mastermind behind this project, took to the One World Symphony website to describe his ideas for the proposed song:

Chemistry: it is the study of change,” Walter White taught his high school students. Like all main characters in Breaking Bad, the role of Jesse Pinkman, who would sing the “Bitch Aria,” undergoes transformation. As a high school drop-out, Jesse Pinkman could have been easily dismissed, but as the narrative slowly unfolded, he developed into a complex character who might be considered the moral center of the drama. His relationship with Walt led him to make self-destructive choices time after time that spiraled out of control, but he was compassionate and caring. In contrast to Walt’s ambitions of building an empire, Jesse’s dream was carpentry, which brought him peace and hope.

How can the “Bitch Aria” not be considered in my mini-opera Breaking Bad — Ozymandias? It would embrace the character who’s morally torn, literally pulled in numerous directions and ripped apart. The aria alone has the potential to explore Jesse’s tortured soul and battered body.

An aria, for the uninitiated, is a self-contained solo within a larger operatic work. “O Sole Mio” is technically considered an aria, for example, as is that part of Paggliaci that everybody knows because of Seinfeld.  Of course, as the emotional core of the show, it makes perfect sense that Jesse would have an aria of his own.

It remains to be scene how many times Hong can get away putting the word “bitch” in it, but it seems as though he understands the character really well regardless, so it’s sure to be a crowd-pleaser either way.

(via One World Symphony)