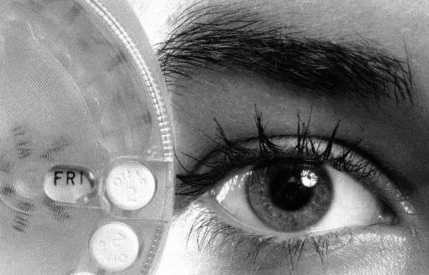 Before you become concerned about what the phrase “birth control affects women’s memory” might mean, we’ll get right to the point. Scientific research from UC Irvine (published in the September issue of Neurobiology of Learning and Memory) has shown that women who take birth control pills have reported changes in their memory functions — they can actually remember some things more clearly, specifically emotional events. It is related to the hormones affected by the Pill and the left side of the brain. Now, scientists are saying that estrogen might explain the differences between what women remember and what men remember.

The researchers definitely stress that this has no detrimental effect on women’s brains or memories, that there is “not a deficit” and no damage being caused. It is merely a reaction by the hormones that are suppressed by the medication — estrogen and progesterone — in order to prevent pregnancy from occurring. Both of those hormones are linked to the left side of the brain, or the “creatively-oriented” side. (The right side of the brain is said to be more logical, fact-based, etc.) The resulting change showing up in women taking birth control pills are a better ability to recall the emotional elements of a story rather than the more factual, non-emotional details.

The study involved women being told a story and shown photographs about a women, her son, and a car accident. Some were given specific details that varied among the group, such as the car hitting a curb, or how badly the boy was injured. A week after they participated in this, they were quizzed on what they remembered:

Women using hormonal contraceptives for as little as one month remembered more clearly the main steps in the traumatic event — that there had been an accident, that the boy had been rushed to the hospital, that doctors worked to save his life and successfully reattached both his feet, for instance.

Women not using them remembered more details, such as a fire hydrant next to the car.

One of the women involved in the research, Nicole Ertman, believes that this study may provide some insight into how women handle conditions such as post-traumatic stress disorder differently than men do. Men typically use the right side of their brains to recall details, women use the left. And women on the Pill, whose left brains are directly affected by the Pill, might have differently functioning brains than their non-Pill-taking counterparts.