But which one will make me cry forever? 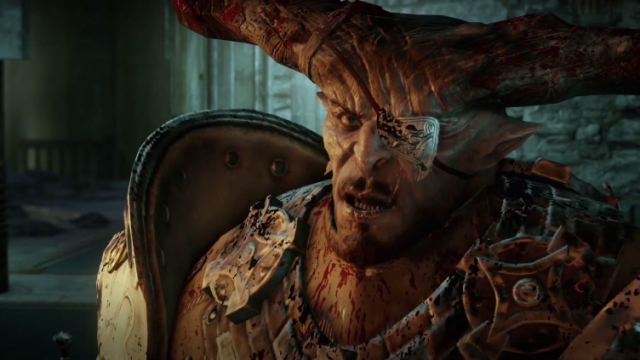 Dragon Age: Inquisition is (finally) coming out on November 18th. And yeah, there will be dragons, and fighting, a presumably-excellent storyline, but as someone who has had her life ruined by both Garrus and Alistair, I know that we are all pretty stoked about the in-game romance options. BioWare’s Mike Laidlaw has presented all the LI details—read on if you don’t mind mild spoilers!

Romance options are a huge part of roleplaying games, especially in BioWare franchises (brief pause for uncontrollable sobbing thinking about my in-game bbs), but Laidlaw knows that playing through a game as extensive as Dragon Age: Inquisition without knowing all your choices ahead of time might make things difficult. “The story takes a great deal of time to unfold, as do the relationships players develop with followers,” he said. “As a result, you could play the game for a significant length of time before discovering that a follower isn’t interested.” For that reason, BioWare wanted to give us folks a heads-up, lest we find ourselves disappointed after a ton of gaming hours.

Laidlaw prefaced the list of options by saying that BioWare wanted every player to have a myriad of choices, so that “no matter what type of character you choose to play, more than one possible romance option will be available.” Each character’s romancability is based on their story, characterization, and personal goals. Laidlaw did admit that not everyone might find their particular options appealing, like they might if every character was available for every romance, but that they hope this system “ideally lets each player know they’re not an afterthought in our development process.”

Here are our “core” romance options. They are available to players of any race, and fulfill our first design goal of providing multiple options to everyone:

Two “additional” romance options were added to the game as a result of the extra development time DA:I received. They are more limited in scope, largely for reasons directly related to their story arcs, but are otherwise the equal of the other options:

Tragically, this means that Varric, Vivienne, Cole, and Leliana won’t be romance options in Inquisition, which is kind of a bummer. I was pretty stoked on a bad-ass lady-duo with Vivienne, or perhaps replacing Bianca in Varric’s affections (though I suppose that wasn’t very realistic). Laidlaw did say that “each character engages in their own meaningful story,” so we won’t be missing out on any character development.

Despite that small disappointment, I love that—during a very controversial time in gaming —BioWare is presenting us with straight, gay, and bisexual romance options. Laidlaw also said it’s totally cool to not romance anyone at all, because they’ve “designed each follower to have a rewarding story arc for players who choose to engage with them, romantically or not.” BioWare isn’t perfect, and they’ve admittedly made in-game romance missteps in the past (same-sex romances in Mass Effect 2, anyone?), but they’re clearly listening to player feedback and taking steps in the right direction—steps that all game companies should be taking these days. And it’s nice to know that someone out there wants more people to feel included in big-budget gaming.

So thanks, BioWare. You’re tops.

(via the BioWare forums)