Your eyes can deceive you. Don't trust them. 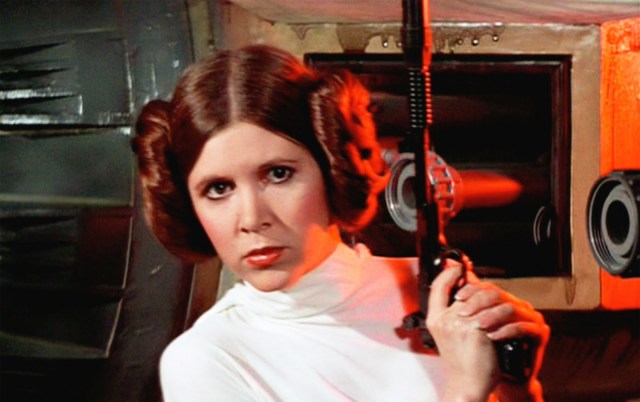 It looks like Carrie Fisher’s daughter, Billie Lourd, might be making an appearance in Star Wars Episode VII. Being that her mom is Princess Leia, it’s not hard to believe, but it’s not likely to have Alderaan-shattering implications. But that hasn’t stopped the rumors!

The Latino Review broke the news late last week, and it hasn’t taken long for the rumor mill to start churning. Now there’s a report flying around that she’ll be playing a young Leia in flashbacks due to familial resemblance, but it comes through the Daily Mail via “sources,” so, you know. Don’t go photoshopping Cinnabon hair on her just yet. (Or do, if you’re bored. Your call.)

But if the easier to swallow part is true, who will she play? No one knows at this point, and J.J. Abrams is staying predictably tight-lipped about the movie, so you’ll probably need Jedi reflexes to fend off all the rumors.

(via UPROXX, image via Star Wars)

Previously in a galaxy far, far away…