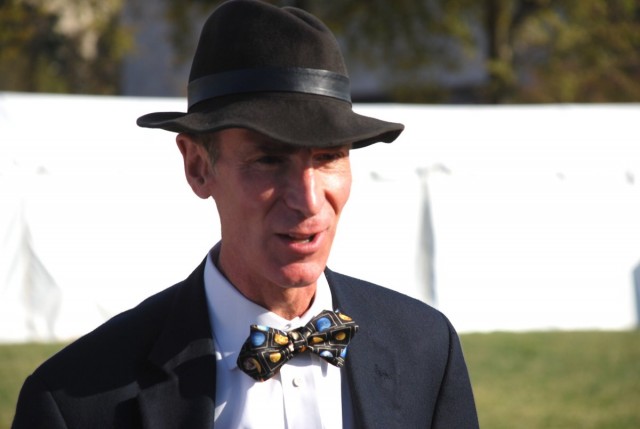 Whether you’re a fan of The Big Bang Theory or not, you might want to tune in to a very special episode next month. Our friend Bill Nye just announced on Twitter that he’ll be guest starring on an episode with comedy legend Bob Newhart.

This just in: I’ll be guest starring alongside @BobNewhart on #BigBangTheory 11/7 @ 8PM on CBS. Wheee

[Update] We were informed by a reader that Bob Newhart appeared last season on the show as a character named Professor Proton, who seems very Nye-like from what we’ve seen. Perhaps he and Nye face off as feuding children’s science show hosts?