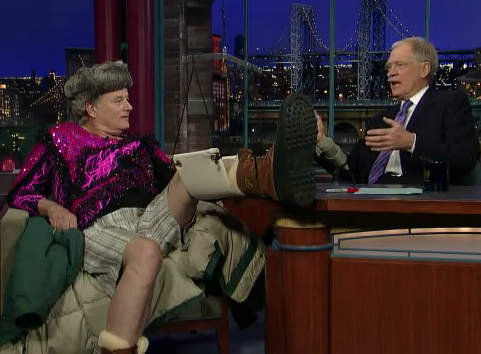 On last night’s Late Show, Bill Murray — who, you may recall, was David Letterman‘s first guest on his first show in 1982 — came on to discuss Ghostbusters 3, in which, the word on the street says, Murray will be returning to play sarcastic womanizing Ghostbuster Dr. Peter Venkman.

Murray said that he would be in Ghostbusters 3, but only if “they killed [him] off in the first reel,” and that they’d figured out a way to do it; this jibes with the rumor that he’ll play a ghost in the movie. In general, though, he seemed down on Ghostbusters: he called the movie his “nightmare,” and expressed doubt that it would ever actually be made (“it’s crazy talk”). He did have fond memories of making the Ghostbusters video game, though.

See also: Ghostbusters Poster, Brought to You by the Paranormal Elimination Administration.