The Script for the Third Bill and Ted Movie Is Complete 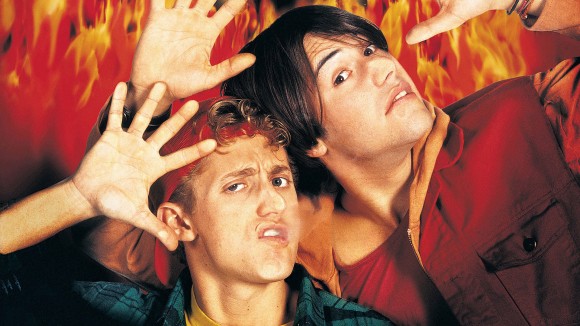 Righteous news, everyone: the script for the third Bill & Ted movie has been completed and is currently in the hands of Bill S. Preston, Esquire himself, Alex Winter. Winter confirmed this in a Tweet, which means it’s totally official:

“@antmaurizio: Bill and Ted 3, less than 6 weeks away and counting? Movie is gonna kick some ass.” > Just got the script. And now to read…

The long-awaited third installment will be written by the original screenwriters, Chris Matheson and Ed Solomon, and will follow Bill and Ted as they write the song that will save the world. Something they meant to do about 20 years ago.

Ted “Theodore” Logan aka Keanu Reeves also weighed in with what he knew about the story:

“When we last got together, part of it was that Bill and Ted were supposed to have written the song that saved the world, and it hasn’t happened. So [in the next film] they’ve now become kind of possessed by trying to do that. Then there’s an element of time and they have to go back,” said Reeves on potential plot elements for the threequel.