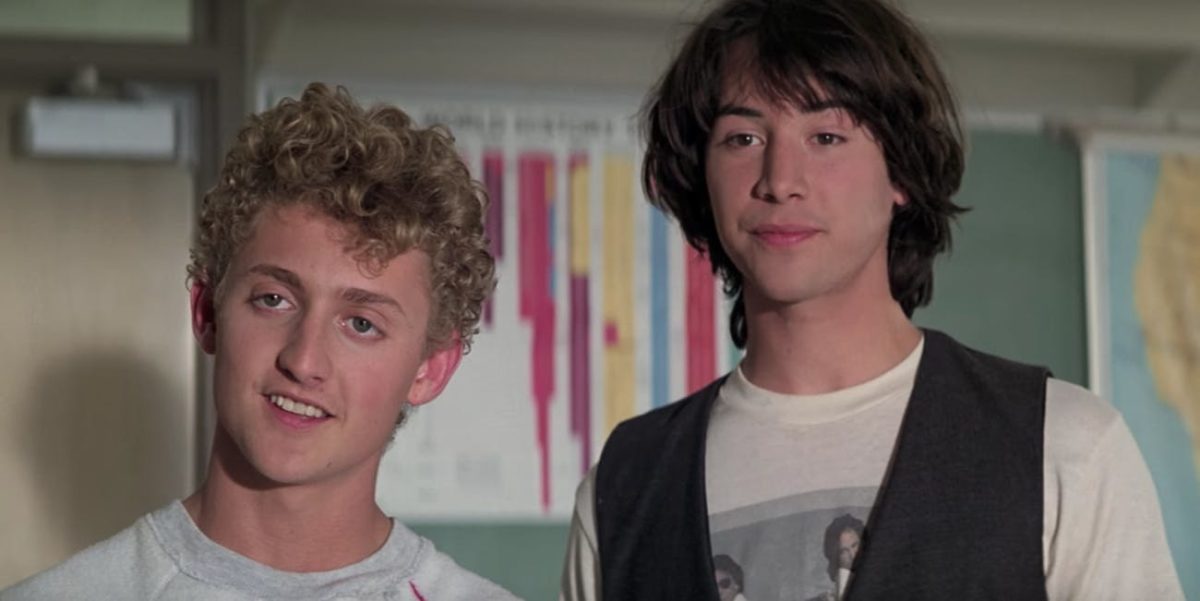 Since the wicked announcement of a third movie in the Bill & Ted franchise, fans have been trying to figure out when we’d see Alex Winters and Keanu Reeves return to movie screens in their iconic roles. And now, waiting for Bill & Ted Face the Music has a timeframe! 365 days from now, we can all be sitting in a theater, ready to take on Bill and Ted’s next journey. The official Twitter account announced the release date today with a very Bill and Ted-esque tweet.

Exactly one year from today, dude!

What we know about the third installment to the Bill & Ted franchise is that Bill and Ted are bringing their daughters on their journey, and from these set pictures, they’re still using their trusty phonebooth to travel through time. The last we saw of the two, they met with Death and faced impossible odds to bring music to the people, finding their future and singing “God Gave Rock and Roll to You II” to us all. So, this next adventure is definitely going to be interesting.

Other than the set pictures and who is involved with the production, I really don’t want to know more. I’m just excited to go on this totally bogus journey and see where William S. Preston Esq. and Theodore Logan are taking us next. How are they going to beat the afterlife?

Did we miss anything, Mary Suevians? Let us know in the comments below.