Things We Already Knew: Martin Freeman Is The Perfect Bilbo 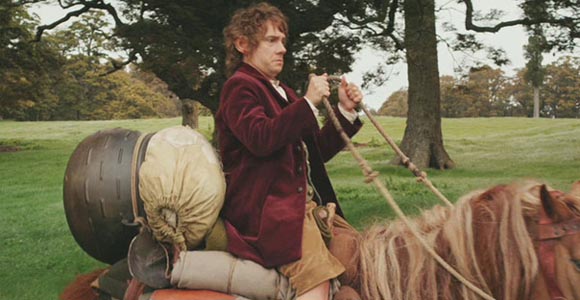 We here at The Mary Sue have a great appreciation for all things Martin Freeman. It made us extremely happy when the Sherlock star was cast as Bilbo Baggins in Peter Jackson’s The Hobbit and after seeing footage we can’t really picture anyone else in the role. Writer of the films, Philippa Boyens recently spoke about why Freeman was the actor they chose.

Boyens did an interview with SFX in which she discussed both the character and the actor.

“There’s nothing obviously heroic about tumbling out of your door going off chasing treasure – and not even knowing exactly why you’ve done it either!  So we needed somebody with a great range, who lets you in, and is also really quite athletic too – it’s a physical role,” she said.

Freeman may be well known to fans like us and British audiences but The Hobbit: An Unexpected Journey will be his biggest role to date when it opens December 14. What made him “the one?”

“His great sense of comedy is something we do need in the story,” said Boyens. “He’s quintessentially English, and that’s a hard thing to define, and one of his great gifts as an actor is that he’s immediately likeable.”

Too true, too true…