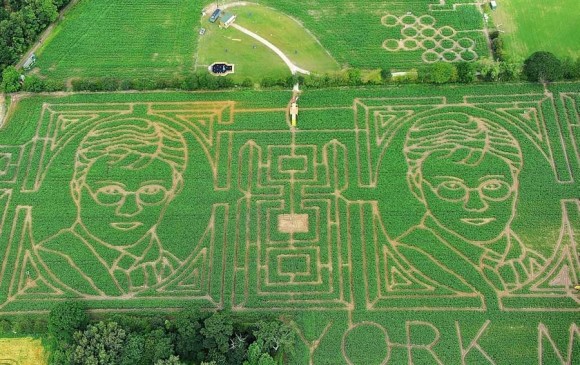 Literally. Top Pearsy mowed this maze into his York, England fields earlier this week. Nothing says the end of a fandom era like something you can only see with satellite imagery.