Aaaand Here’s Some More Hobbits. I Mean Dwarves! From The Hobbits 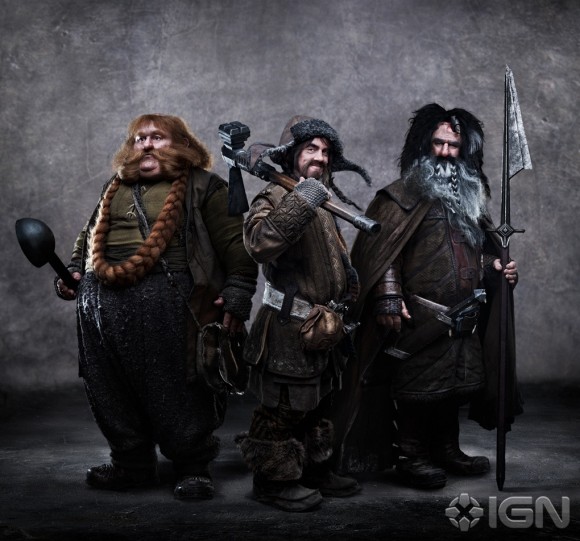 Left to right, Stephen Hunter as Bombur (aka the one who invites reader envy by being able to sleep through all that interminably long Mirkwood stuff), James Nesbitt as Bofur and William Kircher as Bifur.

Looks like somebody in Thorin and Co. remembered that if they’re going to go conquer lair of a giant-millenia-old-fire-breathing-dragon-owned mountain, ten Multiclassed Dwarf Fighters and one Halfling Rogue is really overkill, and they’ll need somebody who knows how to mine if they’re ever going to make a long-term profit off the place once they pay off the adventurers tax on that hoard, not to mention all the trouble they might get into over the Arkenstone, so lets pick up some peasants along the way. Just tell them we’ll pay for all their beer.